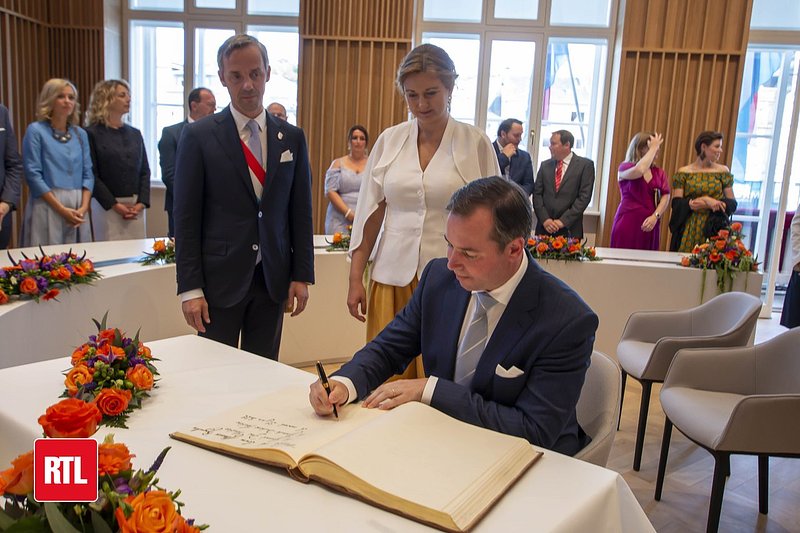 On Wednesday, our colleagues from RTL paid a visit to Esch-sur-Alzette, Kiischpelt, as well as the capital to capture the atmosphere ahead of National Day in Luxembourg.

It has been three years since people were last able to properly commemorate National Day Eve in Luxembourg City or any other part of the Grand Duchy. Following the restricted pandemic editions of 2020 and 2021, yesterday finally saw a full return of festivities and crowds.

The Grand Ducal couple in Esch-sur-Alzette for National Day (22.6.22)
© Domingos Oliveira
The photos published on this site are subject to copyright and may not be copied, modified, or sold without the prior permission of the owner of the site in question.

The Hereditary Couple in Esch-sur-Alzette

Although it has been three years since the last festivities were held in the country's second-most populous commune, not much has changed in terms of the celebratory programme.

After arriving at the town hall, the Hereditary Couple briefly met with local officials before greeting the numerous visitors from the balcony.

The Grand Ducal Couple in Kiischpelt

While the Hereditary Couple traditionally visits Esch-sur-Alzette on National Day Eve, it is custom for the Grand Ducal Couple to travel to a random municipality. This year's choice was Kiischpelt.

Grand Duke Henri and his wife Grand Duchess Maria Teresa arrived shortly before 5pm. They were joined by local officials as well as Chamber President Fernand Etgen before visiting a school, the emergency service department, and a traditional art festival.

The Grand Ducal Couple also made time to speak directly to locals before heading back to the capital around 7pm.

Festivities in the capital - Video report in Luxembourgish