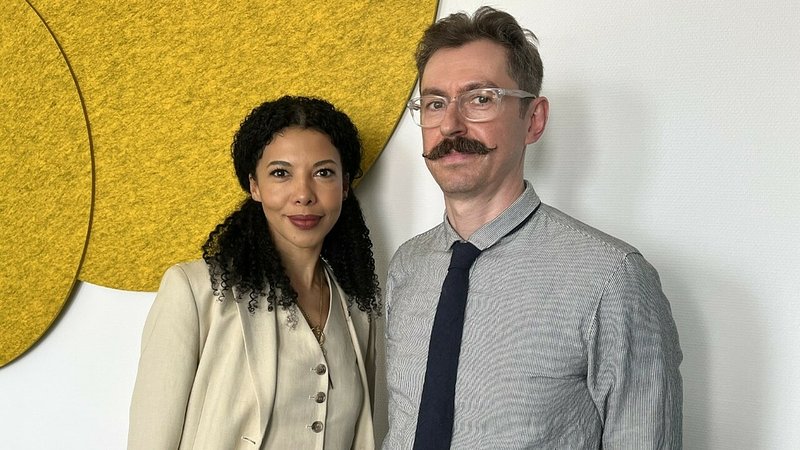 Born in Ukraine to a Ukrainian mother and Nigerian father, Karolina Ashion has been a well-known anchor and journalist for over 20 years. She now hosts Ukraine Update for RTL in Germany.

In a special English episode of RTL 5Minute's Vous avez comme un accent podcast, hosted by Térence Jarosz, Ashion talks about languages in Ukraine and evokes her relationship with the Ukrainian and Russian languages.

Before Russia's invasion, Ashion was a well-known anchor and news presenter in Ukraine with over 20 years of experience - a time during which she also worked with President Zelensky, who before becoming the country's president was a comedian and TV personality.

When Russia invaded Ukraine in February of this year, Karolina chose to leave Kyiv and ended up settling in Germany as a refugee. Not long after, she was approached by RTL Germany and N-TV, where she was asked to host a news bulletin called Ukraine Update. For those interested, we always host the latest edition of Ukraine Update in this article.

You can listen to the full interview, in which Jarosz and Ashion discuss multilingualism as well as giving a glimpse into Ashion's story, below, through your favourite podcast player, or on RTL Play.