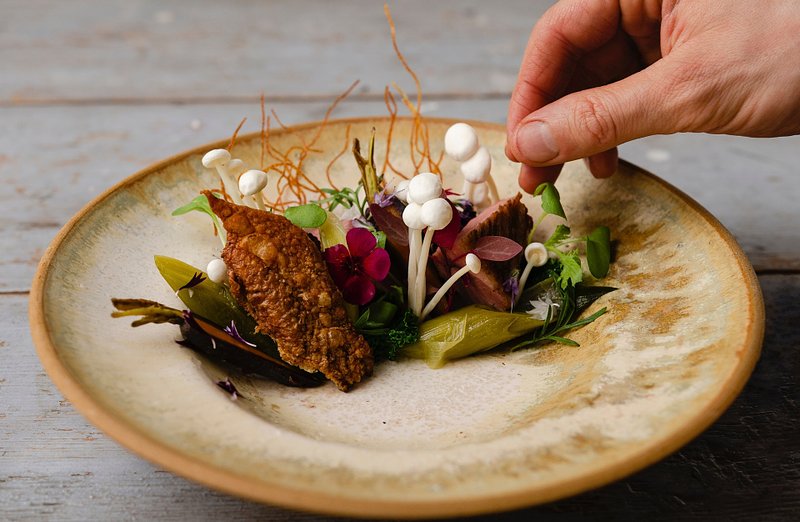 Michelin's world-renowned culinary guide has published its latest edition for Belgium and Luxembourg, revealing that two new restaurants in the Grand Duchy have been awarded their first star, while three former holders lost theirs.

The unveiling of the 2022 edition of the famous Michelin Guide took place in the Belgian city of Mons.

During the ceremony, international director Gwendal Poullenec stressed that "Luxembourg and Belgium's chefs have not lost any of their talent. Despite difficulties, we can look back on a beautiful year, as well as selection of chefs."

A total of 16 restaurants across Belgium and Luxembourg were awarded their first ever Michelin star in this year's edition.

Chef Ryôdô Kajiwara from restaurant Ryôdô in Luxembourg City is one of two Luxembourg-based chefs to receive their first Michelin star this year. He already won the title of 'Chef of the Year 2022', awarded by Gault&Millau.

The new edition of the Michelin Guide was certainly a disappointment for some former star holders here in the Grand Duchy. After 21 years, Le Clairefontaine is no longer part of the culinary guide for Luxembourg and Belgium.

The team of Arnaud and Edwige Magnier were not able to hide their surprise over the unexpected decision, but committed to continuing their culinary journey with the same level of conviction, and pursuing the same values: "A love for well-executed work, produce of the best-possible quality, and the art of receiving."

Two other Luxembourg-based restaurants fell out of grace with Michelin and had their stars removed: La Cristallerie and Les Jardins d'Anaïs, both located in the capital.

Michelin also awards green stars for sustainable cuisine, and chef René Mathieu from La Distillerie in Bourglinster was honoured with this special prize.

For the past two years, Mathieu's Distillerie was also named the 'Best Vegetable Restaurant' in the world by the 'We're Smart Green Guide'.

Overview of Michelin stars in Luxembourg

Restaurants with one star:

Restaurants with a green star:

Restaurants with the best food for moderate prices ('Bib Gourmand'):