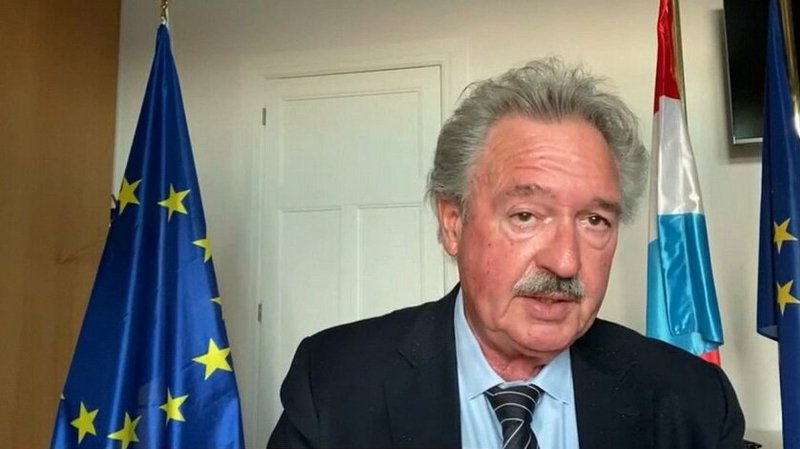 Luxembourg's head of diplomacy had previously stated that "this is all that you can wish upon him, that he would actually be physically eliminated…".

Following an interview with Minister of Foreign Affairs Jean Asselborn on Radio 100,7 on Wednesday morning, the Alternative Democratic Reform Party (adr) asked Prime Minister Xavier Bettel in an urgent parliamentary question whether he thinks that it is "appropriate that the Minister of Foreign Affairs publicly calls for fatal violence against an elected foreign head of state".

Luxembourg's head of diplomacy had previously stated that "this is all that you can wish upon him, that he would actually be physically eliminated so that this can end". In the interview, Asselborn stated that he thinks that it is unlikely that a diplomatic solution to end the war can be found as long as Vladimir Putin remains the President of Russia.

The adr also wants to know whether Asselborn's statement may be susceptible to criminal prosecution, e.g. as hate speech, whether the government was aware that Asselborn would make this statement, what the impact will be on Luxembourg's relations with Russia, and whether the Minister intends to apologise to Vladimir Putin.

Although the adr submitted the question as urgent, the president of the Chamber declined to mark it thus, saying it would be classified as a regular parliamentary question with a month's deadline for response.

Despite this, Jean Asselborn opted to respond to the criticism on Wednesday evening, agreeing that a minister in his position should not have used that terminology. He explained that the criticism was justified, but that he had made the comments in a heightened emotional state shortly after speaking with the mayor of Kharkiv about the ongoing bloody attacks on the city. Asselborn added it had been difficult to manage his sense of justice after this discussion, but accepted culpability for his words and admitted it was not a phrase that should have been used by a foreign minister.