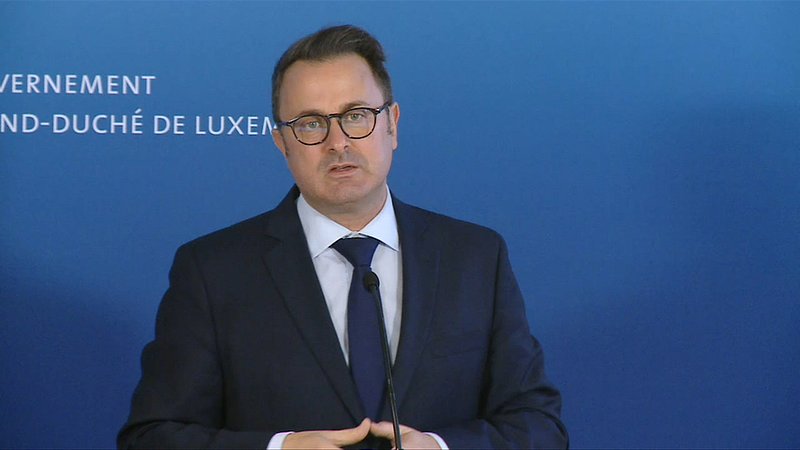 Xavier Bettel reacted on Wednesday to chants calling for him to be hanged at a protest against Covid-19 measures last weekend.

This was the chant heard during the latest protest against the government's health measures last weekend. Lyrics that the Prime Minister did not appreciate.

On Radio 100,7, Bettel said on Wednesday that it was up to the public prosecutor's office to decide whether the incidents that took place on Saturday would be followed up by legal action.

The Prime Minister explained that his staff have sent several videos to the public prosecutor's office. This information was also confirmed by the Ministry of State.

On Wednesday morning, the public prosecutor's office stated that it had not received anything yet. No official decision regarding potential legal consequences has therefore been taken for the time being.