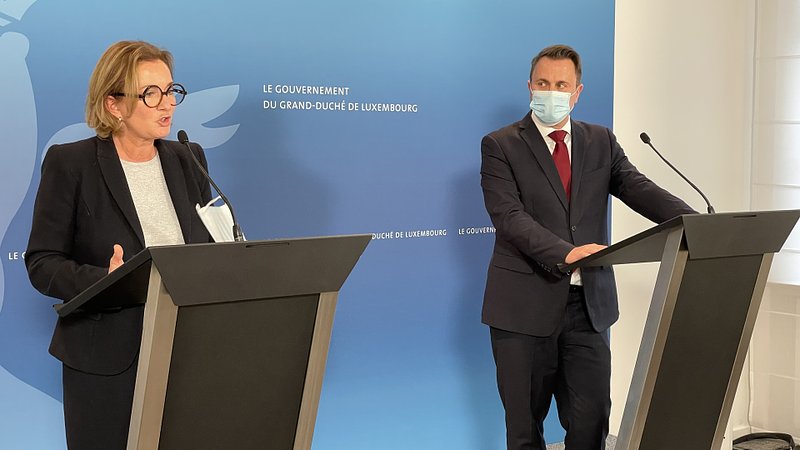 The Horesca sector will no longer have to observe a curfew of 11pm, while the 2G CovidCheck regime will be replaced by 3G in restaurants and bistros. Restrictions for private gatherings will also be scrapped. The 3G+ system, however, will remain in hospitals and retirement homes until further notice.

The Prime Minister emphasised it was still important to test regularly, particularly before gatherings. Events with up to 2,000 guests will once again be permitted under CovidCheck rules, while larger gathering could go ahead provided they are authorised by the Ministry of Health.

Luxembourg's hospitals are currently showing a stable rate of hospitalisations, while the number of patients in intensive care has dropped - all positive signs, according to Minister of Health Paulette Lenert.

The quarantine period will be lifted for people who have come into contact with a positive Covid case, applying to vaccinated and unvaccinated people alike. However, the latter will have to test daily for five days if they are picked up by contact tracing services.

The Ministry of Education will reveal amendments to the Covid plan for schools in due course, in light of the above.

The trade unions and the government have agreed to maintain CovidCheck in the workplace; however, it will now be optional. Businesses who do not wish to implement CovidCheck, or those who cannot, will have to maintain social distancing and implement mandatory face coverings.

Employees who have received one dose of the vaccine will be eligible for free daily testing until 28 February. Beyond that date, they will receive one voucher per week for a free test.

Vaccination remains the primary way out of the crisis, said both ministers. Paulette Lenert said a person who was not vaccinated was 19 times more likely to end up in intensive care, according to recent data. The virus is also twice as likely to circulate among unvaccinated members of the population.

Luxembourg will be receiving its first shipment of the Novavax jab on 21 February, with a further delivery due in March. Lenert said the Superior Council of Infectious Diseases was yet to offer its full opinion on the new vaccine, but it is thought it will be dispersed through the three permanent vaccine centres.

When questioned on the proposed vaccine mandate, Bettel said it was a potential security measure for the autumn and winter, depending on how the situation evolves. He explained the Chamber could vote to pass the bill, but delay the introduction of a vaccine mandate if the situation called for it. If the pandemic were to be declared over, the government would gladly scrap plans for the mandate, he added.  The Chamber will vote on the revised Covid law next Friday.