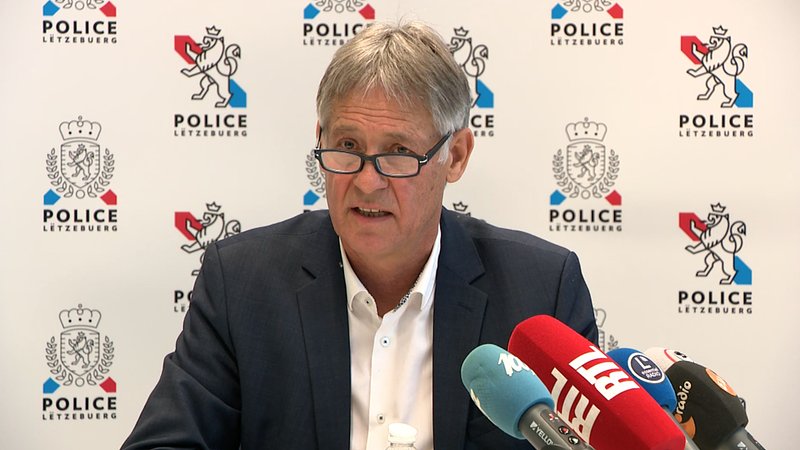 Saturday saw widespread protests in Luxembourg City, with some protesters also demonstrating outside of the residences of Prime Minister Xavier Bettel, and Minister of Family Affairs Corinne Cahen. Cahen was instructed by police, whose main operational goal was to ensure safety and minimise the risk of injury or violence, to temporarily evacuate her home.

Fehr underlined that the initial protests on Saturday were organised with the help of social media networks and not officially announced nor approved by the municipality of Luxembourg City. Protesters thus lacked organisation and dispersed in individual groups, which made it more difficult for officers in the field to react to all incidents.

Nevertheless, authorities caught wind of the potential threat in time and prepared accordingly. About 2,000 protesters assembled in the capital for the start of the protest, according to estimates, but additional groups joined throughout the day and the final count was reportedly higher.

The safety of the public was at the centre of attention of Saturday's police operation, Fehr further emphasised. Minister for Family Affairs and Integration Corinne Cahen and her family were evacuated from their home out of precaution.

Officials at the briefing also stressed that a significant number of officers were deployed to maintain control over the situation. A fraction of the protesters clearly crossed boundaries and that is unacceptable, underlined Fehr.

The police will also address incidents of Holocaust belittlement and file respective reports to the prosecutor's office. So far, there is no confirmation about radical groups in the protest, but an enquiry is underway.