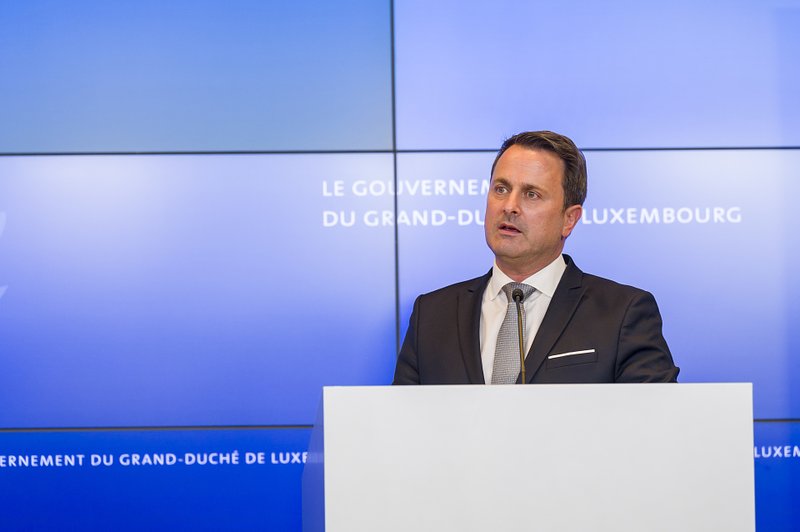 Unlike other European countries, Luxembourg will not impose a semi-lockdown or reduce opening hours, but has now decided to pursue a stricter 2G and 3G regime for leisure and at the workplace, respectively.

As of next week, the government is implementing a series of measures to prevent hospitals from buckling under pressure of a fourth wave, and to further curb infection numbers as the potentially more infectious Omicron variant has been reported in Europe.

While Luxembourg's health care system is still able to cope with the number of hospitalisations (60 patients currently - up from 37 last month - of which 10 are in intensive care), long-term care cannot be ensured, and other important surgeries and procedures are having to be unfairly postponed, the PM says.

The most common infections are in young people under 12 years, i.e. in people who have not been vaccinated. There were repeated calls for people to get vaccinated, but also to further reduce social contact.

As of next week, the 2G regime, meaning either vaccinated or recovered from Covid, will become standard for leisure activities, including eating out, cinema, sports or culture. Non-vaccinated people will be barred from these activities. This also includes the Christmas market. Employees of these workplaces can be part of the 3G regime, which includes daily testing.

The 3G regime, which covers vaccinated, recovered or tested with a rapid antigen test, will become mandatory at the workplace, but Bettel explained that this measure will not come into force before January to allow people to accept the invitation for a vaccine.

There will also be more identity checks to prevent people from using someone else's QR code, or using falsified documents. In future this will not need to be carried out by the police; establishments will be permitted to check identities as organisers could be subjected to fines by allowing in people with false codes.

With the festive season ahead, both ministers urge everyone to do a self-test prior to private gatherings or parties, as most clusters occur in private settings. Bettel says this is why they're introducing the new measures as soon as possible instead of waiting for 18 December, when the current Covid law runs out. People are recommended to wear masks.

Mandatory vaccines remain a thorny issue and the government cannot force people to take a jab, Bettel states. These new measures are designed to help people understand the importance of getting the vaccine - but should these measures not improve the current situation, the topic of mandatory vaccination as a last resort cannot be excluded, Bettel says.

Home office is being recommended, but not mandatory. In terms of cross-border workers, Luxembourg must still reach an agreement with the countries in question so as to avoid administrative issues for these employees. Discussions are ongoing.

People who have received a double AstraZeneca vaccine can already get a booster after four months, Bettel announced. They can do so immediately and do not have to wait for an invitation from the health service.

Those that were vaccinated with Johnson&Johnson already have the opportunity to book a booster jab.

There is no perfect solution, says Lenert. The Ministry is working alongside municipal councils to try and reach people who are considered to be marginalised, to give access to everyone, and make vaccination as easy as possible.

Addressing the White March, Bettel argues that of course people are free to protest. But he says they can't ignore the fact that people are suffering from this virus, particularly if you view the intensive care wards.