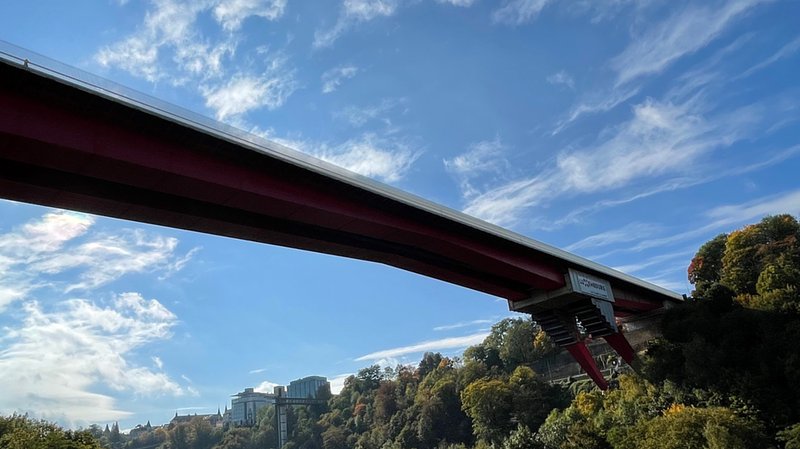 It took four years to complete the structure, which is more commonly known as the "Red Bridge".

After the European Economic Community (EEC) was founded in 1957 and its headquarters installed in Kirchberg, the Luxembourg government decided to connect the plateau and the city centre with a bridge. To that end, they launched a competition in which the winner earned the right to realise the project.

Among the 70 applications, it was German architect Egon Jux who came out on top. Construction work began in spring 1962 and the headstone was placed a year later.

The bridge was installed by the "Dortmunder Rheinstahl Union Brückenbau AG" from Germany. 4,500 metric tons of steel and over 6,000 tons of concrete foundations hold the entire structure together. 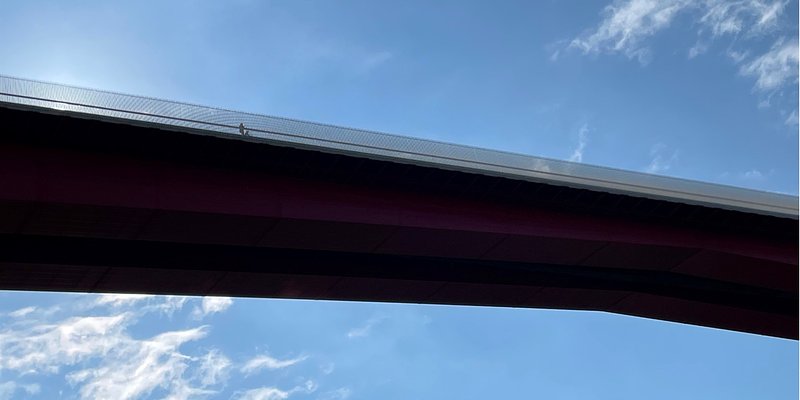 The Chamber of Deputies approved the construction of the bridge and the respective reorganisation of the road network with a budget of 390 million Luxembourg francs (€9.7 million). The original bridge was 355 metres long, 26 metres wide, and 75 metres high at its highest point above Pfaffenthal.

Initial plans envisioned two times 7.5 metres for car traffic, separated by a two-metre-wide island in the middle. Furthermore, plans were made for two pavements of 2.2 metres each, as well as two cycling lanes. However, the latter eventually had to make room for car traffic. As of 2017, the bridge is about 1.5 metres wider, and on 27 July 2018, the tram crossed the structure for the first time. 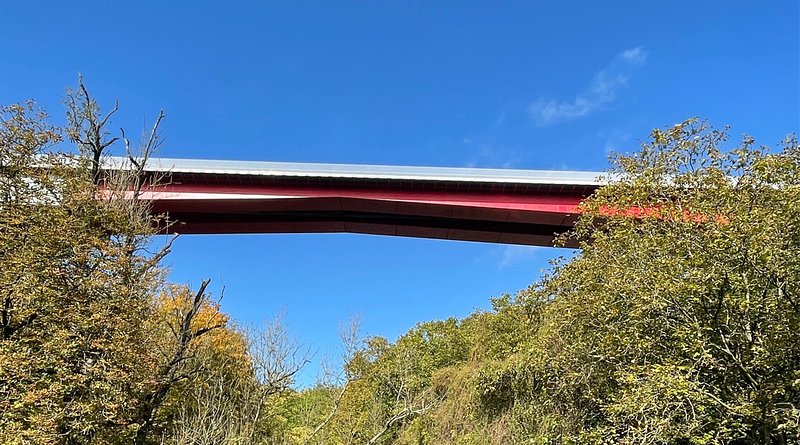 The official colour code of the bridge is RAL 3002, also known as "chimney red". It was first repainted in 1989, and officials have been restoring the bright red colour again since 2018. Works are expected to be concluded by the end of this year.