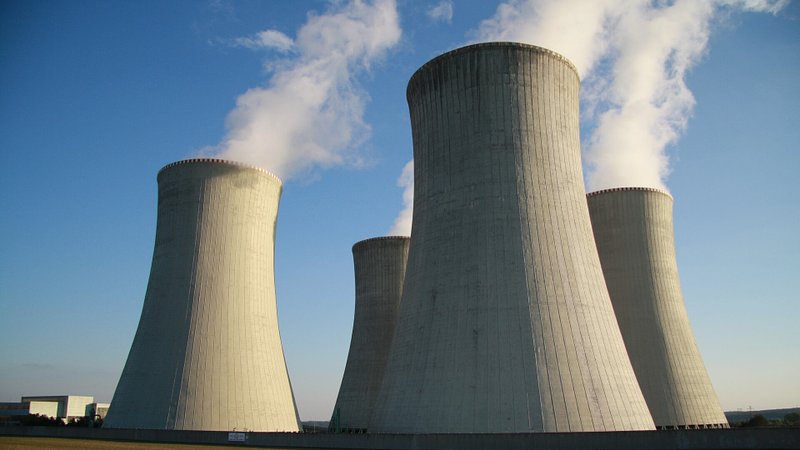 With a nuclear power plant just around 20 kilometres away, no other European capital is as close to one as Luxembourg City. Opinions differ as to how safe the power plant is, but there is no doubt that a potential accident would have devastating consequences for Luxembourg.

Even during the Covid Crisis, neighbouring countries kept sensitizing their population in preparation for a potential incident. In Germany, for example, through events like the national warning day. Through these intiatives, people had the possibility to learn to differentiate between different siren sounds, how to react, and which first measures to take. 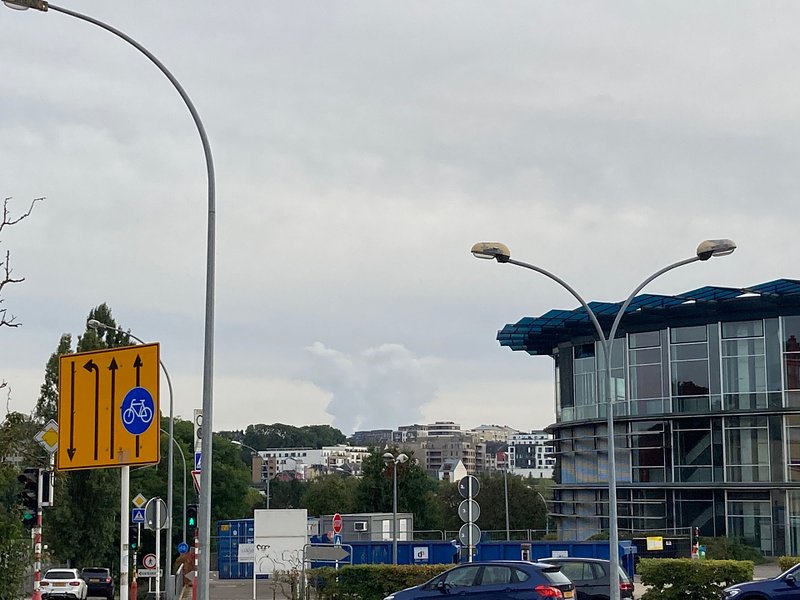 For two different perspectives, we talked to Patrick Majerus, head of the Department of Radiation Protection of the Directorate of Health at the Ministry of Health, and Paul Polfer from "Nationalen Aktionuskomitee géint Atomkraaft", the Luxembourg anti-nuclear power alliance whose members include trade unions, non-governmental organization and political parties.

Back in the 70s, Luxembourg developed plans for its own (German operated) nuclear power plant in Remerschen, in coordination with the French plans for a nuclear power plant a few kilometres upstream along the Moselle river, a plan that was only rejected by a slight majority within one of the ruling parties, LSAP, at the time.

“The discussion around the erection of that power plant was formative for the political landscape and for Luxembourg's civil society that we have now,“ says Mr Polfer from Nationalen Aktiounskomitee. Today, the country is quite undivided in its anti-nuclear power approach and just recently, Luxembourg, and parts of Germany renewed their calls for France to close the Cattenom power plant.

There have been several incidents over the past years at the Cattenom power plant. Recent examples include an employee contaminated with radioactive material, and reactors have been forced to shut down twice, once in July and once in October. During one significant incident in 2020, France informed Luxembourg only three days later.

How would you assess the situation of the Cattenom power plant, Mr Polfer?

“There are deficiencies, which since Fukushima (when most nuclear power plants underwent examination) have not all been rectified. The French nuclear energy provider EDF currently faces economic problems, which lead to the employment of cheaper, sometimes unqualified workers at power plants. During one of their initiatives, Greenpeace has shown how easily people can not only access the premises of Cattenom, but also take action, for example by lighting up fireworks on the power plant premises - and that in an area with aircraft movement.”

“France has also not been successful in developing a successor model for the power plant, which is why for EDF it becomes necessary to prolong the run-time of Cattenom. A nuclear power plant originally designed and built for 40 years shall now run for 50 or 60 years, which is unacceptable”.

According to Mr Majerus, head of the Department of Radiation Protection of the Directorate of Health at the Ministry of Health,  “the incidents are not the only way to measure if a power plant works or not and a potential increase of incidents does not necessarily say something about its safety … although it can.”

He further explains that the security system of a power plant has been copied by the aviation sector and that the situation is similar there: “When you have complex systems and you have to examine every single incident then you have a range of incidents. Sometimes there are real safety concerns and sometimes the incident is just something that adds to the learning curve.”

What would the outcome be for Luxembourg following a potential incident?

Both agree though that in any scenario, significant long-term impacts would be inescapable.

There are several approaches on the side of Luxembourg to try and get France to close down the Cattenom power plant. On several occasions, the country made it clear that nuclear energy is not wanted and also that Luxembourg or the greater region do not depend on it. The reactions on French site were cautious, ranging from “Luxembourg’s suggestions have been acknowledged” to what one ministry employee described as France's “stalling tactics” when it comes to questions around the power plant.

In addition, just recently France confirmed its interest of strengthening the sector when French president Macron announced that in light of Europe's energy crisis the country would invest €1bn in nuclear power by the end of this decade.

No end in sight for nuclear power - Luxembourg's preparedness

Since a significant move away from nuclear energy does not seem very likely in the foreseeable future in France, we wanted to know how well Luxembourg is prepared in case of an incident.

A range of preparatory measures and information material exists in Luxembourg on the topic, for example an emergency App or the National Emergency Plan.

Mr Majerus, as one of the governments advisors on the topic, do you think that the people in this country, especially non-native Luxembourgers, know enough about the subject of Cattenom?

“I think that the people do not know enough, both Luxembourgers and also the non-native residents of Luxembourg. In 2014, we have had a big information campaign where we launched an internet site (infocrise.lu) and distributed brochures, etc. Seven years later, it could certainly be necessary to look at this again and to see what can be done, especially also since so many new people came to the country since then.

I am quite confident that there will be discussions now about all sorts of emergencies, especially following our experience with the Covid crisis.”

When asking Mr Polfer on the topic he says:

“There exists some information, but in a country with so many people coming from other cultures, the flow of the information has watered-down.

We, as the Luxembourg Nationalen Aktiounskomitee géeint Atomkraaft have not really expressed an opinion on this question, yet, which could be interpreted as a sign that we might focus too much on ‘original’ Luxembourgers”.

The distribution of potassium iodine pills, which are crucial to take after an accident, as they protect the thyroid glands from radioactive iodine, was one of the preparatory measures of the country during their last awareness campaign.

Mr Majerus, have all of the households residing in Luxembourg received these iodine pills?

“When you come to Luxembourg you are entitled to get the tablets.

I do see this is poorly followed. Actually, the municipalities should give them out by themselves, which they do though in some places, but not in the majority of places. This could be done more systematically.”

Luxembourg is very small, in a potential emergency, could the rescue units cope on their own? Are there any plans of rescue units collaborating with neighbouring countries?

“There is an exchange with neighbouring countries and we had a couple of exercises together. Of course, every country needs their own people but there is a European and international mechanism to bring in some expertise. Of course, that mechanism is not applicable for the first six hours after an accident but for the time thereafter. We would need to train thousands of people but in order to train them properly, we would have to train them on a regular basis and that is not realistic in a small country. In small countries like Luxembourg, it is also not realistic to have many experts on the subject.” Mr Majerus adds.

What is the alternative?

“During the first two days you do very simple things, which you evaluate on a general basis, but afterwards, a detailed mapping needs to be done.”

So you would feel prepared?

“For such a kind of emergency, you will not expect that everything goes according to plan and as predicted. There will be uncertainties.

At the moment, our focus is to try and harmonise the emergency preparedness with the neighbouring countries. It would mean that in case of an accident, France, Belgium, Germany and Luxembourg would take similar protective measures and also propose the same things to their governments. Reaching a consensus is very difficult, though.

For me, this is one of the big risks in case of an emergency. If on one side of the border people are being evacuated and on the other side the country decides not to do the same, the affected people will not feel protected and they will potentially panic. People do not trust the authorities a lot in this area.

During the last exercise the collaboration between France and Luxembourg worked quite well though and we hope that for the next exercise we will also be able to include Germany and Belgium.”