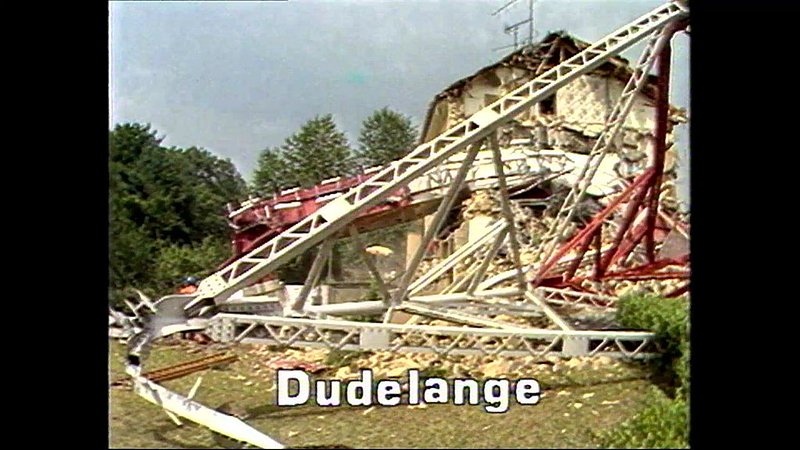 The reasons for the crash remain unknown to this day. At 1.30 pm, the Belgian military plane "Mirage 3" collided with the television tower, breaking it in half, bringing the 300 meter high structure to the ground.

The Belgian pilot and RTL technician Paul Wantz both died on that tragic day. Wantz' wife, who was with him at the time of the accident, also lost her life when the 22 tons of steel came down on to the couple's house.

Around 65 school children from nearby Dudelange were at the Ginzebierg during the time of the accident. The remains of the plane were dispersed into every direction possible, but luckily, nobody else was injured in the process.

Video report in Luxembourgish and French