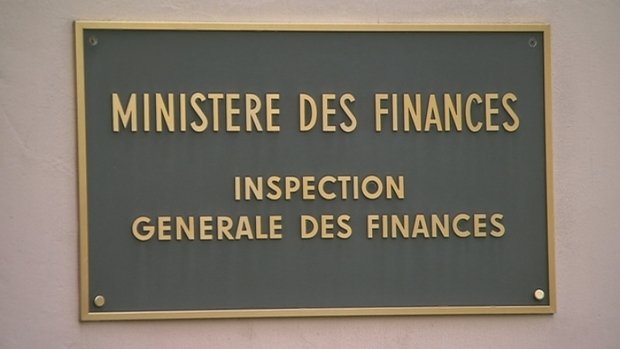 New allegations have surfaced that the Luxembourg authorities have found a way to circumvent the current regulations and continue to offer advantageous tax deals. The government rejects the accusations.

In a statement published on Thursday evening, the government described the allegations as "false and completely baseless".

The story is the result of a cooperation between several European news media, including the German newspaper Süddeutsche Zeitung, the French newspaper Le Monde, and the Luxembourg-based weekly newspaper Woxx. The journalists state that on paper, Luxembourg is no longer a tax haven and appears to comply with all regulations in place. However, in practice, the country's major law firms have allegedly found a way to circumvent these regulations by using so-called "information letters" – which is the reason why the story is called "Luxletters".

According to the newspapers, using information letters is an "informal and less efficient" practice, which nevertheless still allows clients to save taxes.

The Ministry of Finance states that the allegations are baseless and that there is no informal practice of any kind. According to the Ministry, there were 44 strictly regulated rulings in 2020, which is 90% less than five years ago.

The government stresses that the Grand Duchy currently complies with any and all EU regulations and transparency standards in place.

Statement by the Ministry of Finance

The claims made are false and entirely unsubstantiated: there is no such thing in Luxembourg as an informal or oral confirmation by tax authorities of a taxpayer's tax position based on letters written either by taxpayers themselves or their tax advisors. Any such correspondence with the tax administration would be purely unilateral, and can in no way be considered as binding on the tax administration or even be interpreted as confirmation of a given tax situation.

The purpose of a tax ruling, which is a common practice in the vast majority of countries in Europe and other parts of the world, is to provide clarity and legal certainty to taxpayers. The notion of informal letters tacitly approved through silence, the existence of which the authors try to prove through the absence of written rulings, is the exact opposite of legal certainty and would thus be of absolutely no value to a tax advisor or their client.

Moreover, as defined under the EU DAC 3 directive, any tax ruling or anything that has a similar effect, can by definition only ever be issued by an administration and cannot be a document emanating from a taxpayer. In Luxembourg, rulings are strictly regulated and advance rulings issued by the Luxembourg tax administration are issued through an Advance Rulings Commission and are valid for a maximum period of five years. The number of such rulings has decreased significantly and reached 44 in 2020, which corresponds to a decrease of more than -90% between 2015 and 2020.
Luxembourg is fully in line and compliant with all EU and international regulations and transparency standards in tax matters and applies all existing rules in the field of exchange of information in tax matters, and more specifically in terms of tax rulings.

Contrary to the claims in these articles, there is no such thing as an information letter tacitly confirming a taxpayer's situation or oral tax ruling in Luxembourg. By no means, can letters sent by the taxpayer to the tax administration be considered as tax rulings or equivalent thereof, as having a binding character, or be interpreted as confirmation by the authorities of a given tax situation. All tax agreements of the Luxembourg tax administration are in writing and binding. Meetings between taxpayers and the tax authorities cannot lead to any type of assurance for the taxpayer that would be binding upon the tax authority. In order to avoid any potential misinterpretations or misunderstandings during meetings between tax administration officials and taxpayers, each (external) participant to such meeting must fill in a form, which clearly states the meeting policy. The participants thus confirm in writing that the meeting has a purely informative character and possible statements or other behavior (including silence) adopted during the meeting by the tax officials present may not be interpreted as binding the tax administration.

If a taxpayer would like to seek legal certainty as to the transactions contemplated, they can of course file a formal request for a tax ruling. Such a formal request will then be examined by the tax authority based on the relevant tax law provisions, and in accordance with the applicable procedural requirements.

Moreover, in accordance with the constitutional principle of equality, all taxpayers in Luxembourg are treated equally; large corporate or accounting firms are accordingly not given preferential treatment.

According to action 5 of the BEPS project and under the EU DAC 3 directive, Luxembourg exchanges rulings with all tax administrations of EU Member States as well as with tax administration of third countries. Since 2016, around 11,500 rulings were exchanged with other European and non-European tax administrations. In the OECD's latest peer review assessment, the organization states that "Luxembourg has met all aspects of the terms of reference and no recommendations are made," thus underlining that Luxembourg is in line with the highest international standards on exchange of tax ruling information.