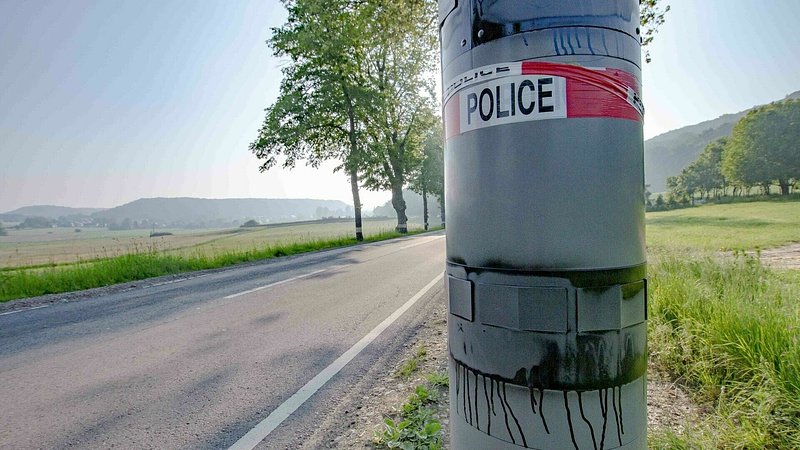 Those driving on the N8 between Saeul and Brouch will have noticed that the fixed speed cam was vandalised overnight.

An automatic radar was again vandalized in Luxembourg, on the N8 between Saeul and Brouch, an act of vandalism that is set to prove "very expensive for those who get caught", warns the President of Road Safety Paul Hammelmann.

Black paint used to blind the fixed radar is not a new tactic, but it is still formidably effective.

Other recent damage, as evidenced by the tape placed by the police on the radar, also failed to reach the uppermost camera.

"In Luxembourg, this kind of vandalism is not commonplace, unlike our French neighbors where radars are frequently targeted" states Hammelmann. Nevertheless he suggests that Luxembourg draws inspiration from France by further strengthening the sanctions levied against perpetrators: "Degrading a radar should be considered as endangering the life of others, or even failing to provide assistance to anyone in danger."

What are the penalties precisely for those that intentionally damage a radar or camera? "People are unaware of the severity of their actions, it can cost them dearly! Because if they get caught, they risk not only a criminal sanction, with a license withdrawal, a fine, even a prison sentence, but also a much heavier sanction if the State brings civil action. In this case, the Luxembourg State can ask the author of the damage to pay for the repairs. And given the cost of the radars, (Editor's note: which amounts to tens of thousands of euros), that should be a sufficient deterrent."