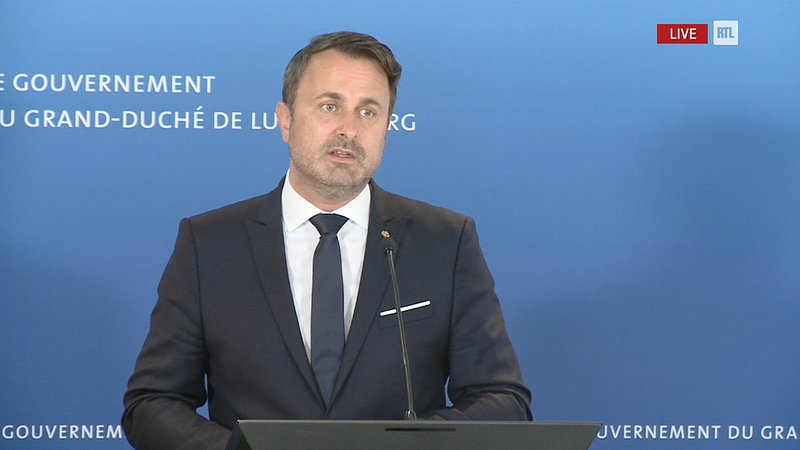 The Prime Minister and Minister of Health provided an update on the country's vaccine and test strategy on Friday afternoon.

The situation is fairly stable, according to PM Xavier Bettel, who said the government would look at lifting some restrictions next week if no exponential increases were recorded in the coming days.

Bettel was accompanied by Paulette Lenert on Friday following the government council meeting, as they confirmed the number of expected vaccine deliveries over the coming weeks and revealed how the testing strategy could be adapted to suit the situation.

The Johnson & Johnson jab has been authorised for people aged 30 and over in Luxembourg, according to the Superior Council of Infectious Diseases. Although the European Commission does not yet have exact details on the number of deliveries due, Bettel said other manufacturers had confirmed a series of shipments to cover Luxembourg, with 265,000 Pfizer and 40,800 Moderna doses expected by the end of June, and 21,600 AstraZeneca doses due in early May.

Two waitlists have opened for vaccine purposes, with one launching earlier today for potential leftover doses in the evenings, garnering more than 4,000 registrations in the hours since its launch. Another launched last week for people to voluntarily sign up for the AstraZeneca vaccine. Bettel praised the response to the waitlists, but warned they would continue to follow a strategy in line with the number of available doses. He said he did not wish to create false hopes, pointing out there were very few leftover vaccines available at the end of each day, but underlined they did not want to waste a single dose.

The AstraZeneca waitlist has been successful, with more than 30,000 registrations. Around half of these have an appointment booked, including Bettel himself, as he revealed he would be receiving the jab next Thursday.

14.5 million tests are on order, said Lenert, which will be rolled out across businesses in addition to schools and other sectors to function alongside existing barrier gestures. They will continue to be used for sports.

In addition, an awareness campaign will be launched, with vouchers dispersed to people who may not be an active part of society, for example, those in unemployment or retirement, to help them obtain the tests.