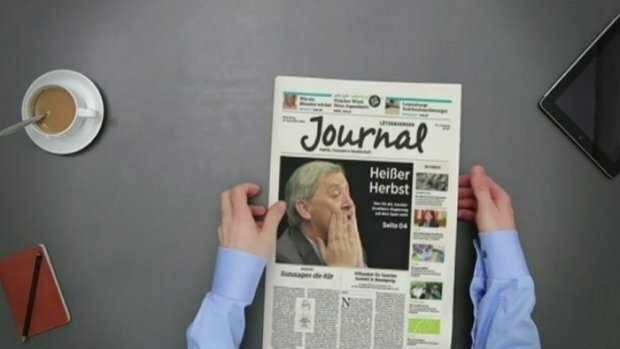 Luxembourg's opposition parties have strongly criticised the actions of the President of the Chamber of Deputies, Fernand Etgen, following the Journal controversy.

All the opposition parties welcomed Etgen's decision to terminate the contract regarding the publication of official documents with the Journal.

MP Sven Clement from the Pirate Party argued that the whole story nevertheless left a bad taste in people's mouths. It was simply unfathomable, Clement said, why the President of the Chamber of Deputies would decide to pay €1,600 for the publication of a single PDF document.

MP Martine Hansen, the leader of the Christian Social People's Party's (CSV) parliamentary group, stated that while her party acknowledged Etgen's decision to terminate the contract, his behaviour was unacceptable for two reasons. First, a contract was signed with a newspaper that is exclusively published online, and "naturally", it ended up being "the DP newspaper", Hansen criticised. The second reason is that it is usually the administrative bureau of the Chamber of Deputies that deals with these sorts of issues. If such a contract is signed with one online newspaper, Hansen explained, then the same offer would also have to be made to others. Thus, not only the decision itself was wrong, but Etgen's whole approach was a mistake, the CSV MP stressed.

MP and former President of the Chamber of Deputies Mars di Bartolomeo from the Luxembourg Socialist Workers' Party (LSAP) stated that Etgen had acknowledged by now that the decision should have been made by the Chamber's administrative bureau. Bartolomeo explained that he had had "many good conversations" with Etgen over the past days. The contract has now been terminated and in the near future, the bureau will discuss the presentation of the parliamentary session reports in general as well as their presence on virtual media platforms.

The leader of the Green Party's parliamentary group, MP Josée Lorsché, stated that it was time to look forward now. There must be a debate about how the Chamber can best reach the Grand Duchy's citizens. Lorschée stressed that it was very important to ensure that the population has a way of knowing what MPs say during sessions. Digital media platforms must be taken into account too. MPs must come together to define how exactly this will work in practice.