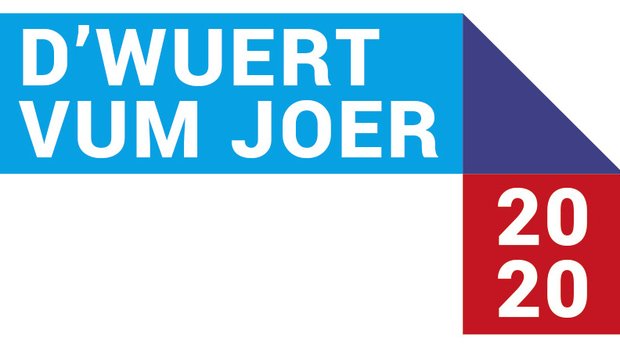 The Centre for the Luxembourgish Language (ZLS) has named 'corona' as the country's word of the year for 2020.

The top spots in the rankings were unsurprisingly dominated by words connected to the Covid-19 pandemic.

No word was sent in more often than corona, which left the jury with an easy choice for their pick of the word of the year 2020. The hashtag bleiftdoheem ("stay at home") ranked second, while the expression Heibleifskärchen ("staycation") came in third. The full ranking was compiled by the ZLS in cooperation with Radio 100,7 and RTL.lu.

The Grand Duchy is not the only country where pandemic-related vocabulary has dominated this year. In Germany, the word of the year is Corona-Pandemie ("corona pandemic"), while Austrians voted for Babyelefant ("baby elefant", used to designate the minimum safety distance between people). The Flemish Region of Belgium (or Flanders) voted for the neologism Knuffelcontact, which roughly translates to "snuggle contact" and is used for the limited number of people one is able to see at a time. Switzerland chose systemrelevant in the German region, coronagraben in the French region, pandemia in the Italian region, and mascrina in the Romansh region.

In English, he Cambridge Dictionary nominated quarantine, while the Collins Dictionary put forward lockdown. France has meanwhile decided not to vote on a word of the year.

The vote in detail

The vote in the Grand Duchy took place between 8 and 15 December. The Centre for the Luxembourgish Language received a total of 497 emails, containing 542 different words, as well as 185 different expressions. For the final vote, a shortlist of 20 proposals was given to the jury, which consisted of the president of the Council for the Luxembourgish Language Maryiam Welschbillig, Radio 100,7 head of programme Yann Logelin, RTL.lu chief editor Olivier Treinen, and ZLS representative Dr Sara Martin.

The final ranking looks as follows:

Further contenders for the top spots were vulnerabel ("vulnerable"), Large-Scale-Testing, Social Distancing, and Homeoffice/Teletravail. The jury further decided not to include Covidiot, Frupstut ("lunch box"), and teamsen ("take part in a teams meeting").