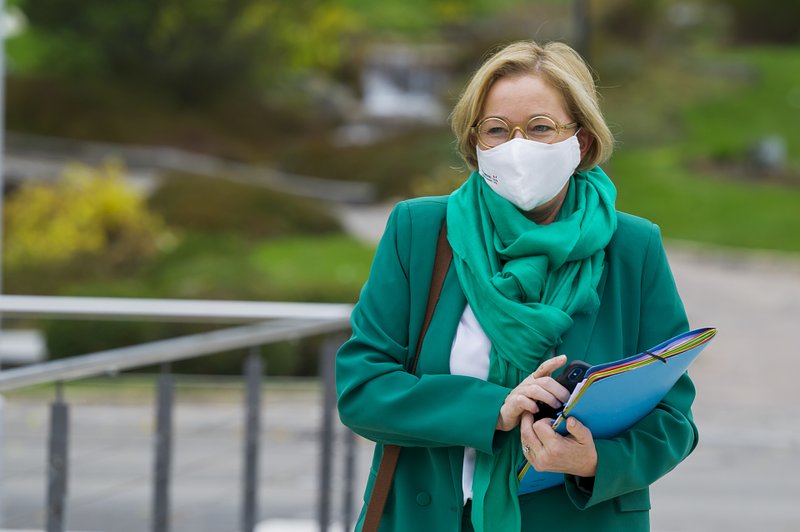 "The figures are not exactly good," said Minister of Health Paulette Lenert in an interview with RTL, explaining that in the last five days new infections had remained at a relatively high plateau. The country needed a real downward trend that would provide a clear perspective for hospitals.

Such a trend were, however, not yet in sight. The current high positivity rate could quickly lead to a worsening situation, and hospital deprogramming would be regrettable consequence, seeing as hospitals are already in phase four.

The situation could have developed differently, according to the minister. She stressed that this was the reason why the government wanted to wait. New restrictions would not be pleasant for the country, and everyone is aware of that fact, so the measures should not be taken lightly. The government had hoped for an improvement in the last three weeks as a result of the restrictions it had already implemented, Lenert said.

Refrain from visiting friends and family

The government did not intend to revise its plans for a partial lockdown. Due to the virus being so prevalent in society, half of the infections could no longer be attributed to a specific context – horeca, family, school, or work – Lenert explained.

Instead, the minister stressed that a risk of contamination generally existed where social interactions take place, and especially where the wearing of masks is not respected. This was the time to avoid visits, anything that may lead to exchanges with other people. Lenert also explained that people should be prepared to celebrate Christmas in smaller groups than what they might be used to. The minister was unable to give more details about the possible measures put in place for the coming weeks.

Nevertheless, Lenert also stressed that she had not received any criticism from foreign countries regarding the light measures adopted so far by Luxembourg.

The situation in full and sometimes even overcrowded trains and buses is one that is commonly criticised. Efforts had been made in public transport, according to the minister. Additional drivers were being recruited to divide passengers over multiple vehicles in certain places. The ministry had also hired additional staff members for the contact tracing teams, as the service had been overloaded in recent weeks. Currently, it takes one to three days for a staff member to call back a positively tested individual.

Lenert still does not support the idea of a tracing application because the information on this matter was not complete and transparent enough. Instead, she reiterated that social distancing must be respected, now more than ever.

According to the minister, the European Medicines Agency (EMA), was expected to approve these vaccines for the European market by the end of the year. The vaccination strategy would depend on the products that were delivered. The next few weeks should be decisive in this context.