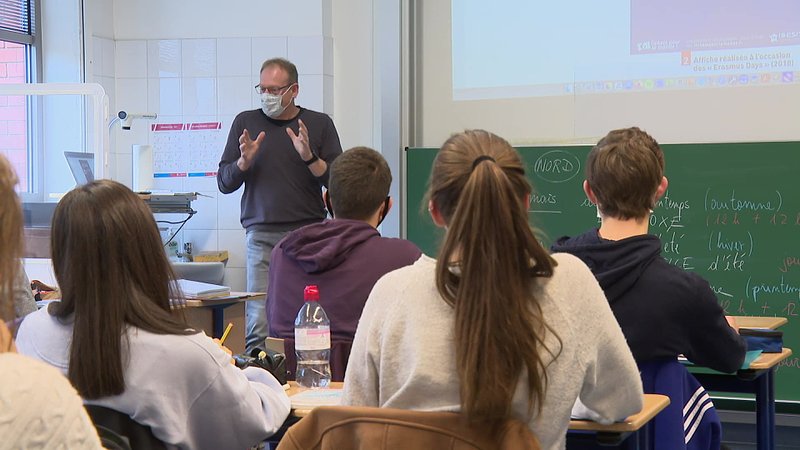 If new Covid restrictions are introduced next week, it will affect schools as well, according to the Education Minister, who has now given further details.

Education Minister Claude Meisch told MPs on Friday morning that between 30 November and the Christmas break the A/B groups format will be re-introduced for students in 4e, 3e and 2e. Classes are to be taught “in rotation”. To allow for more flexibility in the school calendar trimesters will also be replaced by semesters.

From now on masks must be worn whenever a person is moving within school buildings. Children in the “Cycle 1” are exempt from this new rule. No new restrictions will be introduced for PE classes.

No new rules will be introduced for primary school children either. The minister says the current “phased model” will remain in place.

The Parliamentary Commission on Education further announced on Friday that, starting next week, between 700 and 800 students and teachers will be tested per day.

David Wagner, MP from Déi Lénk (The Left), says that statistics show that the older students are the more cases they account for.

According to Déi Lénk it would be sensible for higher grades to partially work from home. This is not to suggest though that no new measures should be considered for younger pupils.

David Wagner: “One should not overdramatise. Even if children need to stay at home for a few weeks, they react to this very differently, depending on different factors, of course. However, a question that does remain is if students should wear a mask even when they are at their desks or if it suffices that they only do so when they move around. I believe this could be done. Potentially, we should also look at the possibility of installing filter systems in school buildings. Leaving windows open to ensure sufficient airflow will be problematic come winter.”

The Parliamentary Commission on Education also announced that extra-curricular activities such as musical schools, youth clubs, and boy scout associations can carry on as normal, as long they follow basic health advice.