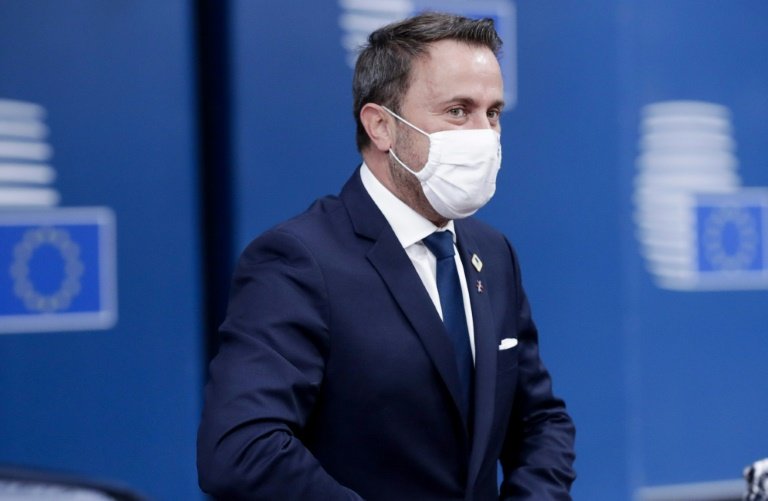 Prime Minister Xavier Bettel delivered a press conference on today's government council meeting, as well as yesterday's meeting of the European Council. "No one will be left behind in Luxembourg," he concluded, but providing no new updates on potential restrictions.

We covered the conference in our live video stream and ticker translations.

The Prime Minister first touched upon Luxembourg's latest numbers: 519 new infections have been registered in the Grand Duchy over the last 24 hours. 41 people are in intensive care.

Bettel explained that individual analysis and interventions have been carried out in each of Luxembourg's hospitals, but they were not planning to pause non-Covid-related treatments at present. He added that it was important to keep intensive care and normal care beds free for non-Covid patients and this was a priority at present.

A high number of infections means a high number of people will require hospital treatment, said Bettel. A constant increase could see hospitals forced to shut down non-Covid treatments, which should be avoided at all costs. The continually high plateaus of more than 500 daily infections - with nearly 900 cases reported on Thursday - were cause for concern among hospital crisis units.

As a result, the government may have to target places where masks are not worn for a period of around 3 weeks to try and shut down interactions. A three-week period of severe restrictions would be justified in helping to bring the number of new infections down. If the government chooses to do nothing on Monday, the concern is that infections will continue to spike, thereby leading to a long lockdown.

The recent EU summit tackled the subjects of vaccinations and rapid tests, offering a light at the end of the tunnel, Bettel continued to say. He expressed his gratitude to the European Commission for their work in planning vaccine orders, and said it was important to focus on vaccines with full guarantees and credibility.

Luxembourg could be receiving its first batch of vaccines within four weeks, but its not known which company's vaccine will be distributed first. Roughly 45,000 doses could be shipped, but as more than one dose is usually required per person, it would only suffice for just over 23,000 people. More shipments would follow. The Commission will make propositions as to which members of society should receive vaccination priority, and a task force has been set up in Luxembourg to come up with a national strategy too.

Bettel said it was also a case of convincing people to get vaccinated, and explained the importance of reassuring the population and understanding their fears and concerns. He said he hoped to work together with his European colleagues in creating a comprehensive vaccination strategy.

In terms of antibody tests, Bettel explained there are several different ones, some of which are more sensitive and accurate than others. He said standards needed to be introduced so antibody tests could be recognised on a universal basis.

As for tests required in other countries, Bettel said there was no European requirement at present for tests required. For example, some countries require a 72 hour old negative tests for travellers, others require a test and quarantine, others have closed borders to travellers from some countries... Luxembourg will continue to offer PCR tests to incoming passengers at Findel airport.

Economic support: "No one will be left behind"

From 1 January 2021 the minimum wage will rise by 2.8%. The government council has also decided to support businesses in need with additional, special compensation to allow for the wage increase. Bettel insisted they could not abandon the weakest industries in the crisis and they could not let unemployment rise.

A potential closure in the hospitality sector for restaurants and cafés would affect the economy once more, but Bettel said the government were putting further financial aid options on place to support businesses. The government is also hoping to help citizens maintain their purchasing power, to better support the economy.

On Thursday Bettel met with Indian PM Narendra Modi to discuss ties and cooperation between the two countries. Four Luxembourgish satellites were launched into space by India last week. Other topics covered were research, digitalisation, environmental issues as well as financial and spatial propositions.