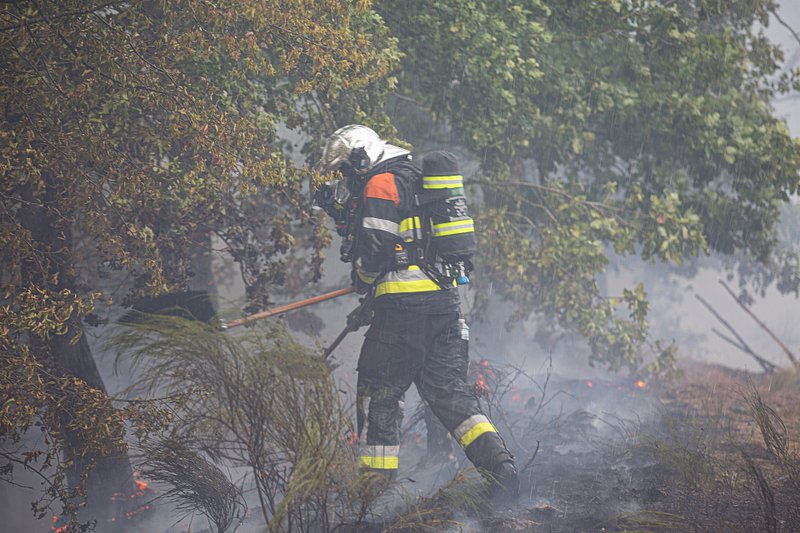 The fire broke out in Bavigne on Wednesday afternoon. No injuries were reported.

A forest fire raged around the Upper Sûre Lake near Bavigne on Wednesday afternoon, requiring more than 150 firefighters to bring it under control.

Emergency services used the extent of their resources, fighting the fire on three fronts in order to avoid it spreading to heavily forested areas nearby.

The alarm was raised around 4.30pm, and the blaze was brought under control by 8pm.

More than two hectares were burnt in the process - luckily, the efforts of the fire brigade in conjunction with the heavy rain helped to stop the fire from spreading further.

The CGDIS aquatic rescue service deployed a team stationed at the lake's nautical base in Lultzhausen. The team were able to evacuate 10 people by boat and carried out reconnaissance for the incident as well.

The fire was declared under control at 8pm, but additional work continued for several hours afterwards to prevent the flames from reigniting.