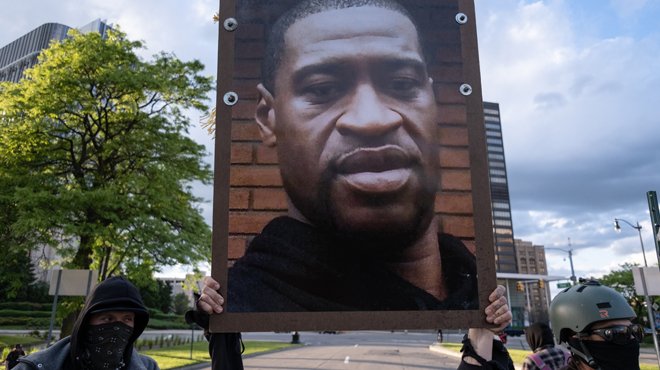 A demonstration will take place outside the American embassy in Luxembourg on Friday to protest against racism and police brutality following the killing of George Floyd in the USA.

Grand Ducal police have assured protesters that they will be able to assemble without limiting the number of participants, despite regulations on outside gatherings due to the pandemic.

A police spokesperson said people were allowed to exercise the right to demonstrate since rules relaxed slightly on 29 May.

However, the protest, which will take place at 2pm on Friday, will be supervised by police officers. Sandrina Gashonga, who has organised the demonstration, said protesters had been made aware they need to respect sanitary measures.

A message has circulated on social media asking participants to wear masks and observe social distancing, while safety volunteers will also be present to enforce the guidelines.

The demonstration joins a series of global protests in the wake of George Floyd's murder at the hands of a police officer in Minneapolis. The officers involved have since been arrested, with the officer directly responsible for Floyd's death facing charges of second degree murder.

Friday's protest has been organised by Lëtz Rise Up, supported by the Luxembourg Committee for Peace in the Middle East.

In a statement, the CPJPO said they supported all nonviolent civic actions essential to end segregation and injustice, often against people of colour.