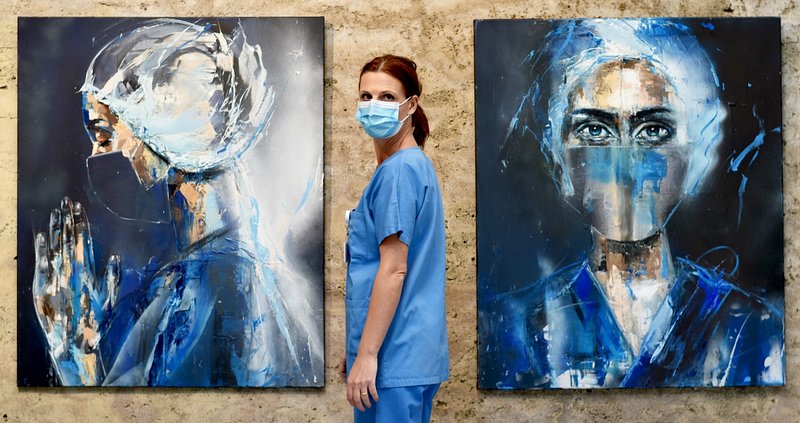 Gilliane Warzée is both a painter and a nurse at Robert-Schuman hospitals. The dedicated health worker recently brought to life a number of paintings "to honour the courage and selflessness" of Luxembourg's medical staff that have relentlessly battled the pandemic for almost two months.

The two portraits seen above represent a nurse and revolve around the "symbolism of trust, empathy, responsibility, and spirituality" - traits that, according to the painter, "characterise so many health professionals." Warzée's exhibition "Immersion" was initially scheduled from 5 May to 27 September but had to be postponed due to the preventive measures.

In her own words, "the luminous appearance of the caring figure" is set against a dark backdrop to invoke "the mythological, philosophical or religious accounts of the human condition and its limits, which are love, sickness and death." The two paintings, she explained, invite the viewer to ask intimate questions about human existence and living in the here and now.