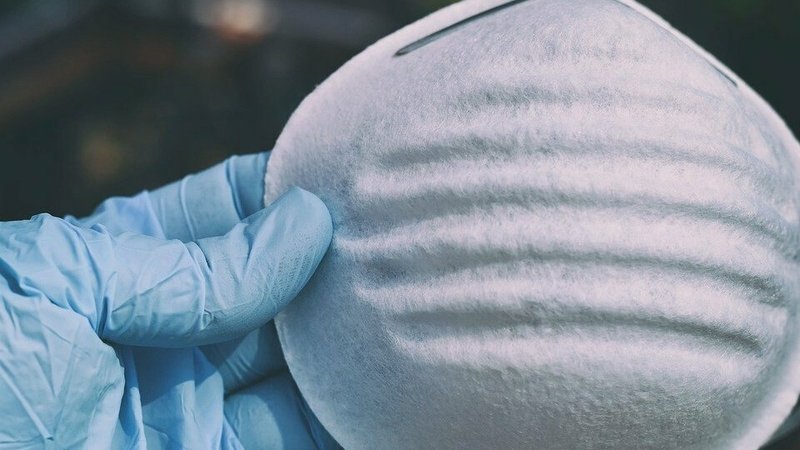 Several important updates were shared in Wednesday's press conference, including a new measure making face covers compulsory, and details on a gradual return to normality.

Bettel started the press conference by noting that this is indeed an unprecedented situation, and that Luxembourg has managed to keep the situation under control. He noted that the health care system has so far been able to handle the additional stresses of the pandemic. The prime minister also thanked the public for their solidarity, which he said played a key role in slowing the spread of the virus.

Bettel stated that face covers will be mandatory from Monday 20 April in all situations where a minimum of 2 metres distance from other people cannot be guaranteed. This includes at work, in shops and supermarkets, at outdoor markets, and on public transport, for instance. Bettel also stated that fines will be levied against people to fail to comply with this measure.

The prime minister also stressed that this did not have to be face masks, but any form of cover will help limit the spread of the virus to some extent. Anything that covers the face and mouth is acceptable, such as a home made face cover or even a scarf word over the face.

Surgical masks will also be distributed, with local municipalities responsible for said distribution over the coming days. The government has a stockpile of 6-7 million masks set aside.

In answering a question on whether face masks will be mandatory in schools, the ministers said that further information will be given by Minister of Education Claude Meisch tomorrow in a separate press conference (more on this below).

A phased return to normal - but not yet

Bettel further noted that the return to normal life would not be immediate, but would necessarily have to be gradual and rolled out in phases.  To this point, he stressed that the partial lockdown has not been lifted and that people should still stay at home to the highest extent possible. He also noted that measures will be continuously evaluated and adapted depending on future developments. This means that the lockdown could be stricter or more relaxed depending on the situation.

In a first phase of some normalisation, which will last three weeks, certain shops and facilities will be allowed to reopen from Monday 20 April. This includes recycling centres and hardware shops. Construction companies and gardeners will also be allowed to resume work from Monday. The PM stressed here that physical distance remains key for this to work, along with wearing face masks. Activities in the sector of educational assistance can also resume on Monday.

The potential reopening of bars and restaurantswill be considered after 11 May. "We know how hard it is for them, and there will be more support," Bettel explained.

A gradual return to school - phase 2 and 3

As we reported earlier this morning, Luxembourg will see a gradual and staged return to school. Schools will partially reopen on 11 May, but not all classes will return at once, instead taking weekly turns. Minister of Education Claude Meisch will provide more details at a press conference tomorrow. This will take place at 2pm, and RTL Today will of course provide a live stream and ticker translations for this as well.

Primary and nursery schools will resume further down the line. We expect more information on this will be made available by Meisch tomorrow.

On the subject of face masks, Bettel responded to a question from the press regarding physical distance on school transport where keeping a 2-metre distance is not possible: "If I get onto a bus, I wear a face masks even if the bus is empty," he explained. However, he again noted that Meisch will provide further information on face mask requirements more broadly in the context of schools in tomorrow's press conference.

Bettel stated that no large events will be allowed until 31 July at earliest, and later in the press conference explained that this was defined as any event expected to attract crowds for 100 people or more. Do note that this does not mean events of this size are allowed now, which they are not, just that any return to allowing larger events will be gradual up until at least 31 July. Bettel also noted that this date was not chosen out of consideration of the Schueberfouer.

Testing, and monitoring the situation

Both Bettel and Lenert stressed the importance of continuously monitoring the situation. Lenert noted that infection rates are on the decline, and that hospitalisation rates are also falling. However, the minister of health also noted that the virus is not yet under control.

To this end, she noted that we need to "learn to live" with the virus, and that keeping physical distance remains key.
Lenert also stressed that vulnerable people and medical/care staff have to be protected. Extensive testing of staff at care homes to avoid infection of vulnerable people is paramount.

Officials are also keeping a close eye on Luxembourg's hospitals to make sure that there are no shortages of equipment, medicine, and also support for medical staff. Luxembourg tests 3 times as much as Germany on a per capita basis. Seven or eight times as many tests as France. Extensive testing will continue.

Lenert also explained that Luxembourg is working on testing if people unknowingly had the virus. This is a new kind of (blood) test to check if people have immunity to the virus, and how many people actually had virus without realising. Officials are coordinating efforts with researchers. In terms of testing for immunity, a random selection of people will be made for this with different factors such as age and gender taken into account to get a representative sample.

Also mentioned was that: