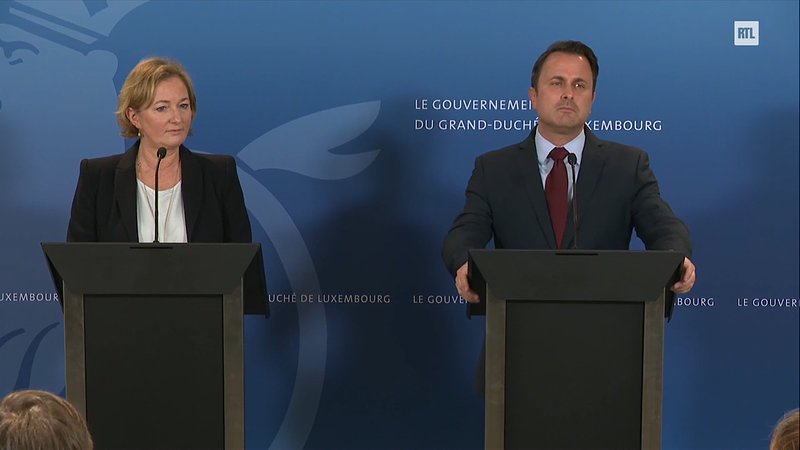 The minister of health addressed a question asked by many RTL Today readers - are fewer tests administered on the weekend?

At 4pm today, Wednesday 25 March, Prime Minister Xavier Bettel and Minister of Health Paulette Lenert held a press conference, outlining the latest coronavirus developments and answering questions from the press.  We provided a live stream and ticker translations, as with all of these press conferences during the outbreak. Below is a more easily digestible summary of key information.

Later in the conference, Paulette Lenert confirmed that 21 people are currently receiving intensive care in Luxembourg, and that 6 French patients have arrived in the country with a one more on their way.

Government budget will be adjusted

Bettel noted that the government's budget will be adjusted to reflect the fact that taxation dates have been pushed back. He also explained that the government has plans to take care of business affected by the nationwide lockdown, explaining that some 15,000 businesses employing around 100,000 people are affected. We expect further information on this at 6pm tonight, at another press conference by the ministers of finance, the economy, and small and medium-sized enterprises.

The PM also said that he expects the government to stay within the 30% budgetary threshold.

Testing on weekends, and procedures

We at RTL have received one question in particular from several readers: is it the case that the number of cases reported early in the week is lower due to limited testing over weekends?

Lenert answered suggested quite clearly that this is not the case and that one should not believe in such rumours, while also stating that it is too early to tell any trends as regards specific days in terms of confirmed cases.

Beyond that, Lenert said that the health sector has been unified and oriented towards fighting the coronavirus. Standard medical work is still being done, but schedules have been adjusted in light of current events. The minister also said that testing procedures are still run at the same rate as previously. People returning from abroad and those showing symptoms will be tested. The current stock tests will be used as efficiently as possible, and refilled as soon as new shipments are coming in.

"Luxembourg is in line with international testing standard," Lenert noted. It was also confirmed that around 10,000 people have been tested to date.

On Monday it was announced that the government had opened up a new possibility for medical professionals - including students about to graduate, retired professionals, and others detailed here - to sign up to volunteer their expertise.

Lenert thanked the numerous volunteers who had already signed up, and noted that qualified health sector workers are not required to signed up; only encouraged.