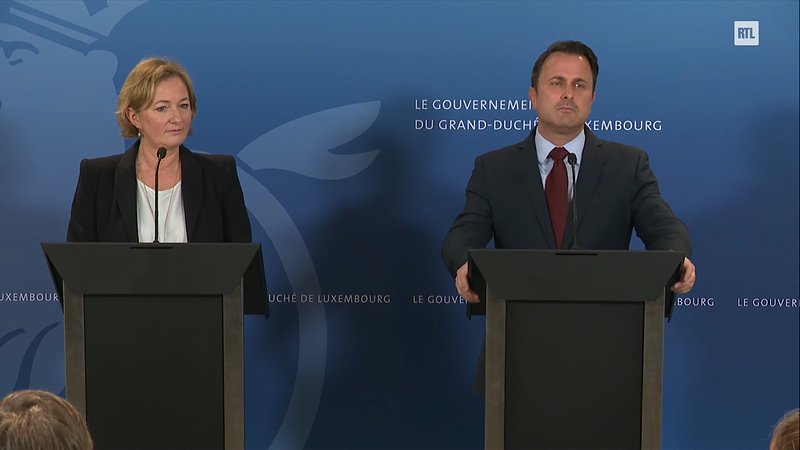 In the words of Minister of Health Paulette Lenert, "Europe is currently the epicentre of the crisis, and Luxembourg is in the centre of Europe." It is therefore paramount to take the situation with the utmost seriousness, Lenert emphasised.

Xavier Bettel started the press briefing by underlining that Luxembourg remains in an ongoing battle against the spreading of the virus. Officials took additional measures to bring the pandemic under control - but solidarity and individual efforts also remain key. Bettel applauded the various initiatives that members of the public have launched in recent days.

Elderly citizens aged 65 and over are strongly urged to stay at home in order to shield themselves from the rising threat. The same recommendation applies to individuals with weakened immune systems, cardiovascular diseases, medical problems or other pre-existing conditions. "They must cancel their activities and limit what is not essential," Bettel said.

The government also recommends that mobility is kept to a minimum. Unless strictly necessary, travel and other activities involving social interaction should be avoided at all costs. Individual companies were urged to adopt telework as much as possible.

The government also took the more concrete measure of closing all bars, restaurants, and nightclubs. The establishments in question will be required to shut down this Sunday at midnight. They will remain closed until further notice. Restaurants can nevertheless still deliver food to customers.

Supermarkets, catering services, and other stores selling groceries will remain open. Bettel stressed that the grocery stores were well-stocked and that officials were keeping in touch with the management boards of the supermarket chains. People should therefore refrain from stockpiling and panic-buying as this behaviour risks disrupting supply chains.

Luxembourg is fighting to optimise the functioning of its health care sector. Health officials are coordinating efforts with the government to keep medical equipment well-stocked and equally distributed. Lenert conceded that the hospitals will face challenges in the near future. The so-called "maisons medicales" are expected to open next week in order to treat individuals displaying symptoms.

The deadline for filing taxes will be extended. The minister of finance and economy will present further economical measures at a later press conference. Administrative services are reduced but remain operational.

Luxembourg's borders will remain open. Bettel reiterated that the country would collapse without the large number of cross-border workers.

Xavier Bettel and Paulette Lenert were not available for questions and answers. 77 individuals have tested positive for the virus as of this Sunday. Lenert stressed that the recent development in Luxembourg's neighbouring countries are alarming. A crisis meeting unit is taking place later this Sunday.