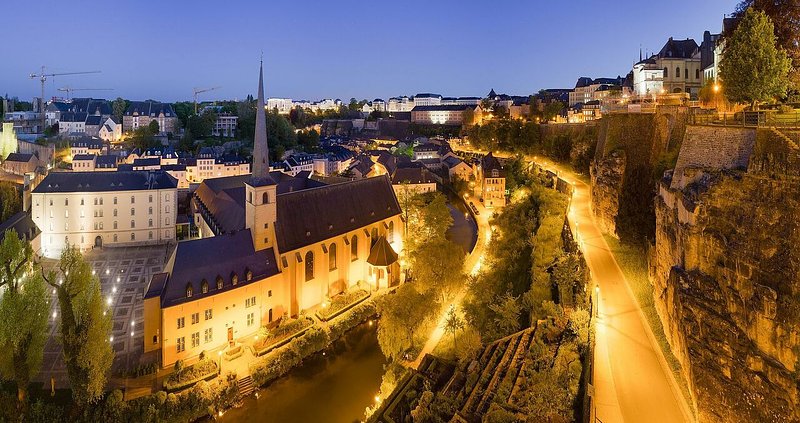 Mayor of Luxembourg City Lydie Polfer began the press briefing by stressing that Luxembourg is doing everything in its power to bring the virus under control. Yesterday, the government took drastic measures that also apply to Luxembourg City. However, there will be additional measures in Luxembourg City.

"The goal and the objective of the government is to limit social activity in the coming months," Polfer explained. All schools are closed as of Monday - including creches, primary schools, secondary schools, and the University of Luxembourg. Teachers will be in contact with their pupils to assign them homework. All events over 100 people are cancelled. Large gatherings should be avoided.

For this reason, the vast majority of events will be cancelled. This includes concerts, cultural events, exhibitions. Emaischen in Luxembourg City will not take place. Theatres, libraries, museums, and the Conservatoire will close their doors for at least two weeks. Organisers are working on postponing the events.

Editorial note: you can find a list of cancelled events on RTL and Luxembourg City's respective websites.

Bars and nightclubs will have to close at 1 am. Polfer also stressed that the 100-person rule will apply before 1 am. Polfer conceded that the measures are far-reaching but explained that the goal was to contain the virus as much as possible. The same rule also applies to Luxembourg's buses. There will be more buses at peak times but it is crucial to keep bus drivers as safe as possible - if too many of them fall ill, the public transport system risks collapse.

The weekly market in Luxembourg City is not affected by the ban. Playgrounds for children will also remain open - but parents are urged to act responsibly. In other words, if a playground is too busy, parents are encouraged to take their children somewhere else.

Public life will be impacted by the virus but some services will have to keep functioning, Polfer explained. This includes the cleaning sector (hygiene remains key), energy (water, electricity, sewage systems), administration, public transport. As of Monday, school will close and the government decided that one parent can take additional leave to look after children. This of course means that fewer people will be available, Polfer explained. Officials will do everything in their power to actively work on keeping these services functioning and prevent them from becoming understaffed.

When questioned about the impact of the virus on businesses in Luxembourg City, Polfer explained that the situation was somewhat ambivalent. In general, fewer people seem to be heading to the centre but, at the same time, some supermarkets were flooded by shoppers this Friday. Stores will remain open - again, the situation depends on future developments. Polfer also explained that city officials were working on finding ways to support freelance workers. In the cultural context, Luxembourg City is for example attempting to postpone rather than cancel events.

Polfer added that all these measures may be revised depending on future developments. The mayor appealed to the public to assume a personal responsibility. She recommended that individuals avoid hand shaking, kissing, or other forms of close physical contact. These simple gestures can help contain the virus.