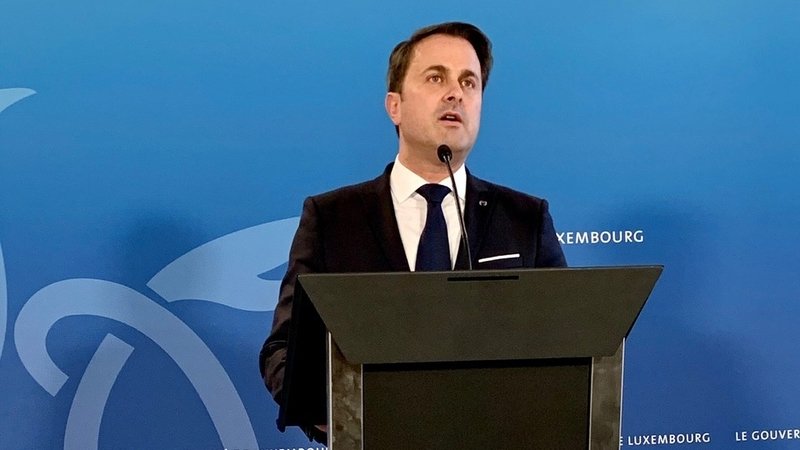 Jeannot Waringo's report on the internal management of the Grand Ducal Court has been public since Friday. On Wednesday, Prime Minister Xavier Bettel held a press conference on the report.

Bettel presented the report to the press the same day that MPs forming the parliamentary commission on institutions dissected the report's findings.

CSV MP and member of the parliamentary commission Leon Gloden said Jeannot Waringo would continue to accompany the modernisation process of the monarchy. This was already a demand his colleague Laurent Mosar had aired on Monday.

Speaking to the press, the Prime Minister revealed that the Grand Ducal Court would be subject to 'far-reaching reforms', and that the government would implement all of Jeannot Waringo's recommendations in the domains of budgets, structure, and personnel management. Specifically, he revealed the government would create a new role of 'court commissionaire' and abolish the general manager post, currently held by David Grieu.

Another new implementation would be a coordination committee between the government and the Court, and an entity in charge of funds and personnel management. He added that, in relation to the Grand Duchess's activities, the spouse of the Grand Duke's private and public activities must be separated.

In terms of court finances, the Prime Minister revealed that long-overdue legislative propositions concerning the control of royal accounts from 1999 would be implemented alongside a new post of internal finances regulator. Next year, a complete activity report of the Court will be published for the first time.

Broadly, the government is following the recommendations of Jeannot Waringo, who was thanked by the Prime Minister for his work and 'modest and cautious' exchanges with current and former employees of the Grand Ducal Court. As Bettel put it at the conference, the reform should endeavour to create a 'Luxembourgish model of the monarchy that works well'. The DP politician issued his support of the monarchy and for the reform, which 'fits the country'. Important aspects of a modern monarchy, according to Bettel, include a monarchy keeping to democratic and lawful norms, modern and transparent personnel management, a clear organisational apparatus in terms of rights and duties for the Court's entire staff, and open finances with justified expenses.

These aspects were only a few of those named in the Waringo report. Bettel added that the Grand Duke will be a part of the processes to reform the Court, describing the head of state as a 'partner in the modernisation process'. As for the Grand Duke's private message published last week concerning the attacks on his wife, the Prime Minister said he had not been involving in approving the message and had not known about it. In the future, the Court's communication service will work closely with the state's press unit.

One thing made clear by Bettel is that the organisational chart due to be set will make it evident that the spouse of the Grand Duke is not involved in organising the Court.

Asked about the concern of physical violence at court, Bettel said he would not be taking a position whilst the inquiry is ongoing.