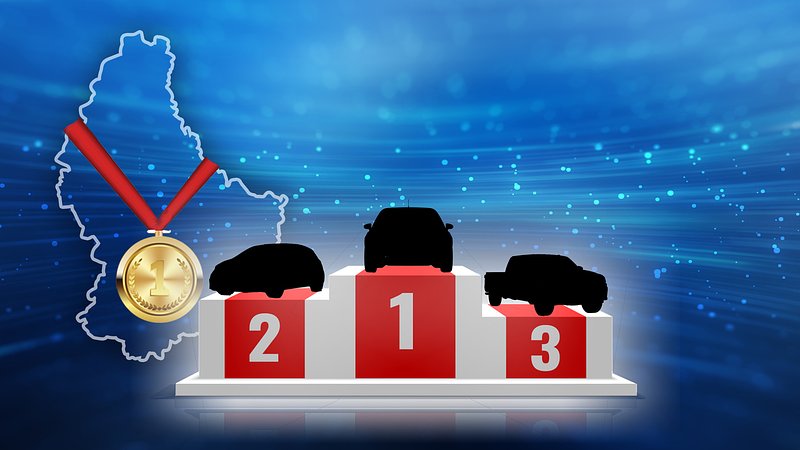 Which car brands are sold most in Luxembourg? The ones that hit the gas? Or maybe the lesser known ones?

As the 56th edition of the Autofestival opened in Luxembourg this Saturday (from January 25th to February 3rd), our colleagues at 5minutes unveil the hit parade of the brands that were registered in 2019.

It is no surprise that the top 3 remain dominated by German quality: Volkswagen made it to first place (12% market share), followed by Mercedes (10%) and BMW (9%), according to the federation of car dealerships, FEDAMO.

German brands go beyond the top 3, as Audi comes in fourth place (7%). Amongst themselves, the German brands already dominate a third of the Luxembourgish car market!

The French are the pedal to the metal

The French won't rest, though. Ahead in fifth place comes Renault, followed by Peugeot. Overall, the French brands have witnessed a increase in numbers in Luxembourg within a year, which also applies to Citroën (10th).

Tesla also made noteworthy progress featuring in 28th place. 450 vehicles were sold in a year, mostly thanks to its Model 3.

When browsing through the more prestigious brands, 73 Ferrari were counted, along with 74 Maserati, 70 Alpine, 59 Lamborghini, and 6 Rolls Royce.

Finally, among the (almost) unknown, 3 Man, 1 Chyongqing Changan and 1 Tripod were registered...

The global ranking can be found below (you can download it by clicking the image): 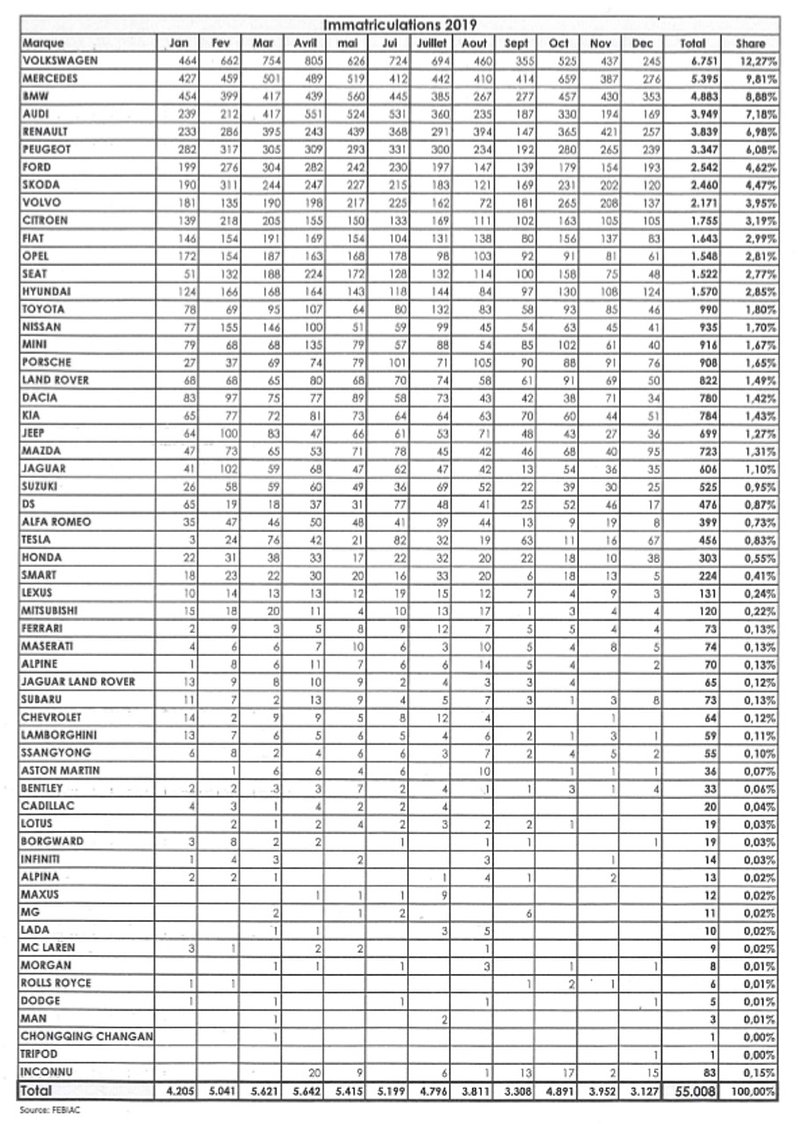