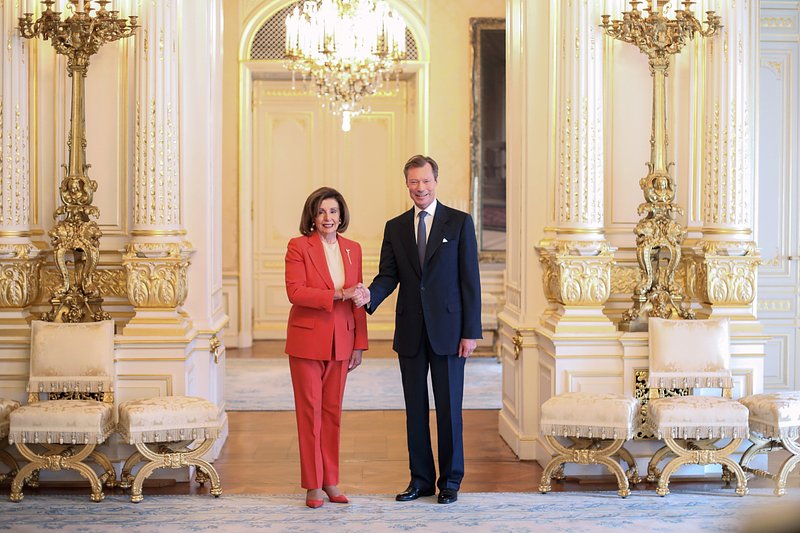 US congresswoman and Speaker of the House of Representatives Nancy Pelosi came to Luxembourg to commemorate the infamous Battle of the Bulge.

"Only the devotion and the commitment of the American soldiers prevented a disaster in Luxembourg at the end of World War II," President of the Chamber of Deputies Fernand Etgen stressed this Sunday when he addressed Nancy Pelosi.

The US congresswoman and 16 other Republicans and Democrats came to Luxembourg to commemorate the 75th anniversary of the violent Battle of the Bulge near Bastogne.

Pelosi thanked the President of the Chamber of Deputies for the warm welcome and stressed that the US and Luxembourg would continue to be allies that share collective values, commercial interests. She also emphasised that the two countries would continue to collaborate in terms of security.

"We need to learn the lessons from the past because history risks repeating itself," the American visitors said. Luxembourg, meanwhile, underlined the importance of values such as solidarity and inclusion.

HRH the Grand Duke welcomed this morning Her Excellency Nancy Pelosi @SpeakerPelosi, Speaker of the United States House of Representatives, on the occasion of her visit to commemorate the 75th anniversary of the beginning of the Battle of the Bulge.
©Cour grand-ducale / S. Margue pic.twitter.com/jrJHAv1A3f

The Google data centre and Luxembourg's positioning of itself as a key player in space business were also invoked.

Pelosi used the occasion to commemorate the merits of Grand Duchess Charlotte (who spent her years in exile in the US) and Grand Duke Jean, who participated in the invasion of Normandy. Fernand Etgen also looked back at the time after World War II when US investments were the start of Luxembourg's economic recovery.

Last but not least, Etgen recalled how a third of Luxembourg's population emigrated to the US around the turn of the 20th century. 350,000 Americans today have Luxembourgish origins.