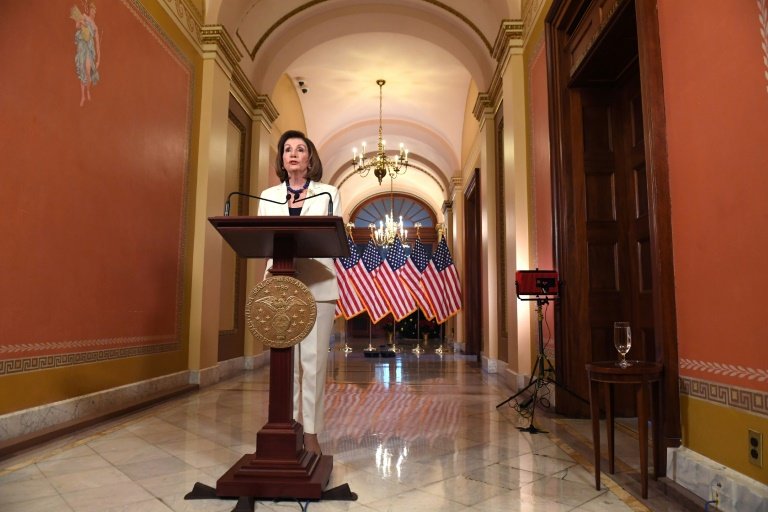 US Speaker Nancy Pelosi will lead a Congressional Delegation to the Grand Duchy of Luxembourg and Kingdom of Belgium for the 75th Anniversary of the Battle of the Bulge Commemorations (Saturday 14 December - Monday 16 December, 2019).

Taking part in observances of the anniversary alongside veterans and their families and active duty servicemembers, the delegation are also scheduled to meet with foreign leaders, dignitaries and government and military officials from the region.

Ambassador Evans has said of the visit: “It is an honor to host Speaker Pelosi and her delegation to Luxembourg. Their presence here to celebrate the 75th anniversary of the Battle of the Bulge and engage with senior officials is a welcome reminder of the continued strong bond between Luxembourg and the United States.”

President Fernand Etgen echoed this view: “It is an honor to welcome a delegation of the House of Representative of the USA and their Speaker Ms. Nancy Pelosi to Luxembourg. The celebration of the 75th anniversary of the Battle of the Bulge is an important event for all of us. Luxembourg owes gratitude to America because you helped a small, independent country in World War II. However deep the snow, however dense the fog: you where there for us, you gave us back our liberty.”

Nancy Pelosi said via a statement: “As we mark the 75th anniversary of the Battle of the Bulge, it is a great privilege to lead a distinguished bipartisan delegation to Belgium and Luxembourg to honor one of the greatest acts of American heroism in our nation’s history,.”  Pelosi continued with commentary on the importance of maintaining the memory of those who gave their lives. “We commemorate the courage of our servicemembers who braved weeks of bitter winter to secure the victory of freedom over tyranny, not only for Europe, but for all the world. Their service reminds us of our mission: to build a future worthy of their sacrifice.”