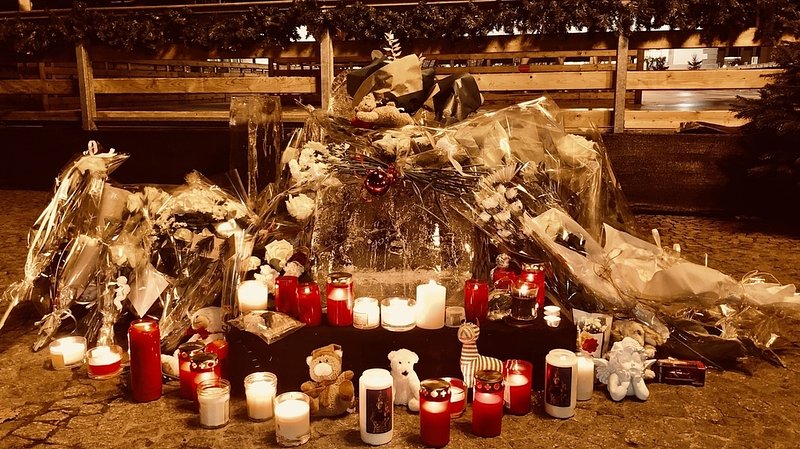 Candles, flowers, and teddy bears laid in tribute to the young victim at the scene of the tragedy. / © Domingos Oliveira/ RTL

The City of Luxembourg and Luxembourg City Tourist Office held a press conference on Monday at 6 pm in the wake of the tragic incident on Sunday which resulted in a toddler dying at the Place Guillaume II Christmas market.

The two-year-old died at the scene on Sunday evening after a collapsed ice sculpture broke into pieces, one of which hit the young child. As the authorities in charge of the event at which the accident occurred, the City of Luxembourg (VdL) and Luxembourg City Tourist Office (LCTO) provided further information on how they are proceeding.

Mayor Lydie Polfer described the accident as one of the most tragic events during her 24-year political career. The victim was two years and ten months old and was surrounded by his entire family when the accident occurred. She highlighted it is not the job of the city authorities to determine who is responsible for the accident, but to ascertain what led to the accident occurring.

Sculpture designed to be interactive

The business charged with creating the ice sculptures is one the LCTO has worked with before on two occasions, and had won twelve international prizes. Polfer praised the swift response of the police to the scene, alongside the reaction of the emergency services and those creating the security parameter as quickly as possible. She added that the sculpture had been constructed that same day and was designed to be participative, with a chair set in front of it.

She said there was nothing she could say that could comfort the parents of the toddler, appearing visibly emotional. Her voice breaking, Polfer thanked all those who acted quickly at the scene, but highlighted that thanking the emergency services is not the important thing. Instead, the mayor could only offer her deepest empathy and condolences to the family and friends of the child. 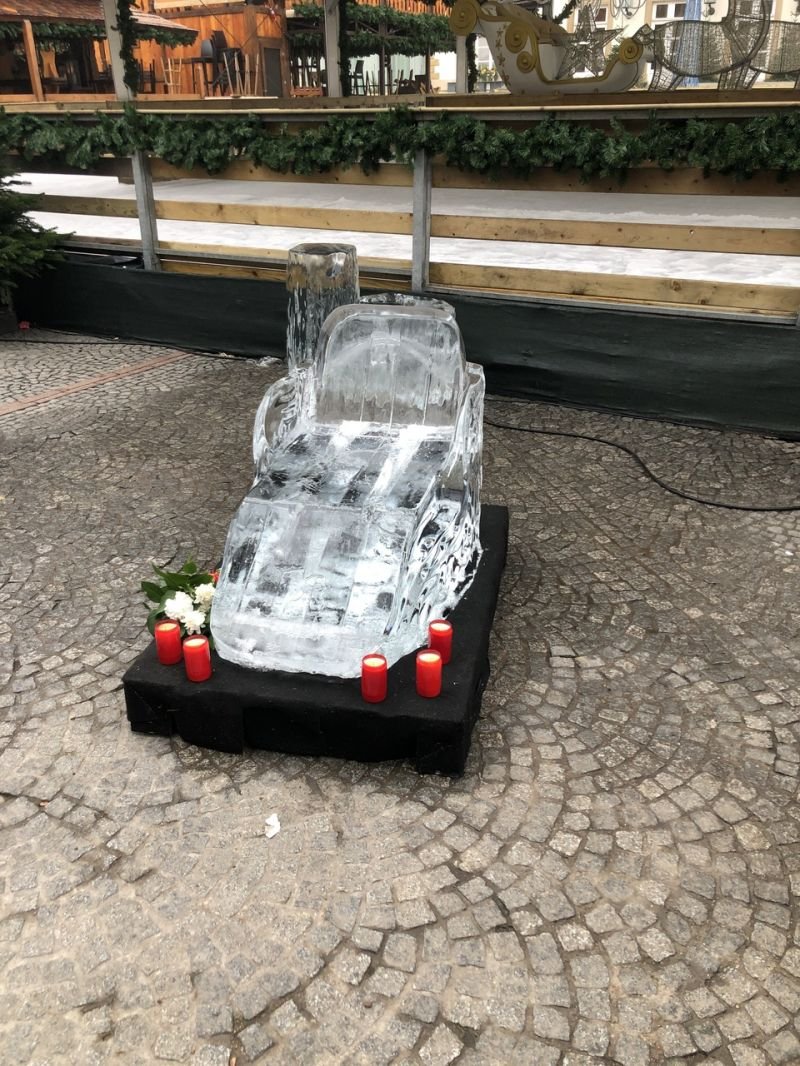 Marc Angel supported all the words the mayor had said, confirming the LCTO shares the condolences expressed by the mayor. The LCTO will 'completely participate' in the public prosecutor's investigations. The LCTO had faith in the sculptor's abilities and had not received any specific requests for additional security. He reiterated it was meant to be an interactive sculpture, allowing people to sit on it. Earlier on Sunday, the sculpture had been completed as a live performance, which finished at 5 pm.

As president, Angel said his role is not just to represent the LCTO in happy moments but also to take charge during tragic moments.

Repeated appeal for witnesses, any photographs taken around the time of the accident

Polfer reiterated the public prosecutor's office statement that there are more questions than answers at the moment, but the city authorities will do everything in their ability to help contribute to clarity surrounding the tragedy.

Myriam Meyer, the joint director of the capital region for the grand ducal police, confirmed that a patrol was immediately at the scene due to the police presence at the market. Paramedics immediately took the child in charge whilst officers called for reinforcement to cordon off the square.

The public prosecutor's office was also there, alongside forensics and the psychological support group which was there to support the family members.

Police continue to appeal for witnesses, reminding the public that any information can help further the investigation by calling 244404500 or 113. Polfer especially appealed that anybody who might have been filming at the Christmas market at the time - around 8 pm - could have footage that could provide answers, namely how exactly the sculpture collapsed or broke. Meyer went into details, saying any photographs or videos that could shed light on the incident would be immensely helpful to the police.