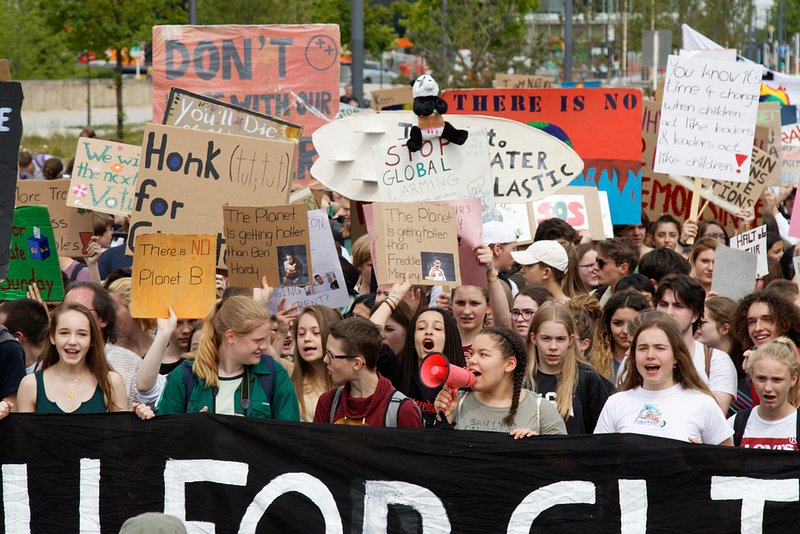 School students in Luxembourg have been encouraged to join the climate strike on Friday, meeting in the station district.

Several months after their last demonstration on the Red Bridge in May, the students of Luxembourg will once again protest against climate change. This Friday they will join students worldwide in a global climate strike, part of the Fridays for Future movement encouraged by Swedish activist Greta Thunberg.

An appeal by Youth for Climate Luxembourg and Greenpeace has called for students to leave classes at 10am on Friday, assembling outside the city's main train station by 11am. From there, they will march to the Kinnekswiss park, where concerts and speeches will be held to denounce the government's environmental policies, which have been deemed insufficient.

On Thursday, officials from the Ministry for Education met with representatives from Youth for Climate Luxembourg to discuss the absences from school. After initially decreeing that striking students would be marked with unexcused absences, the ministry backtracked, allowing students to strike provided they had permission from their parents if aged under 18.

Youth for Climate have proclaimed that young people will not accept political inaction putting their future at risk. The activists demanded that the Luxembourg government decree a state of climate emergency, as well as commit to reducing greenhouse gas emissions to zero by 2030 and the end of tax evasion and investments in fossil fuels.

The climate strike event will also serve as a launch for an important event on Friday 27 September On that day, a "climate coalition" made up of some 20 associations, unions and NGOs will gather in four processions before converging at the Gëlle Fra, then on the Place de Clairefontaine, next to the Chamber of Deputies and the Grand Ducal Palace.