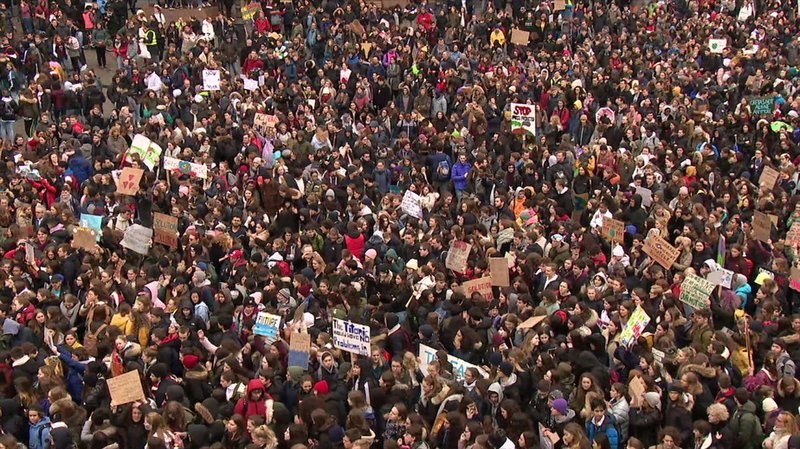 The next Fridays for Future movement is taking place on Friday 20 September, starting a week of protests organised worldwide. Whilst schools in New York have permitted students to miss class to participate in the protests, schools in Luxembourg initially did not appear to be following the trend.

Earlier on Thursday the news emerged that students participating in the Fridays for Future protest would have their absences marked as unexcused. By Thursday evening, Youth for Climate Luxembourg announced it had met with representatives of the Ministry of Education.

At the meeting, the ministry representatives proposed that schools would not have to be forced to mark absences as unexcused, provided students have a written excuse from parents.

The ministry confirmed the news upon inquiry. They highlighted that they did not want to view the protest as an ‘act of civil disobedience’ and stressed  that the decision and responsibility of approving participation lays with parents. Students that are of age can also provide their own signed excuses.

The Ministry of Education had previously advised all school management teams that students absent from class for the protest will be marked as unexcused. 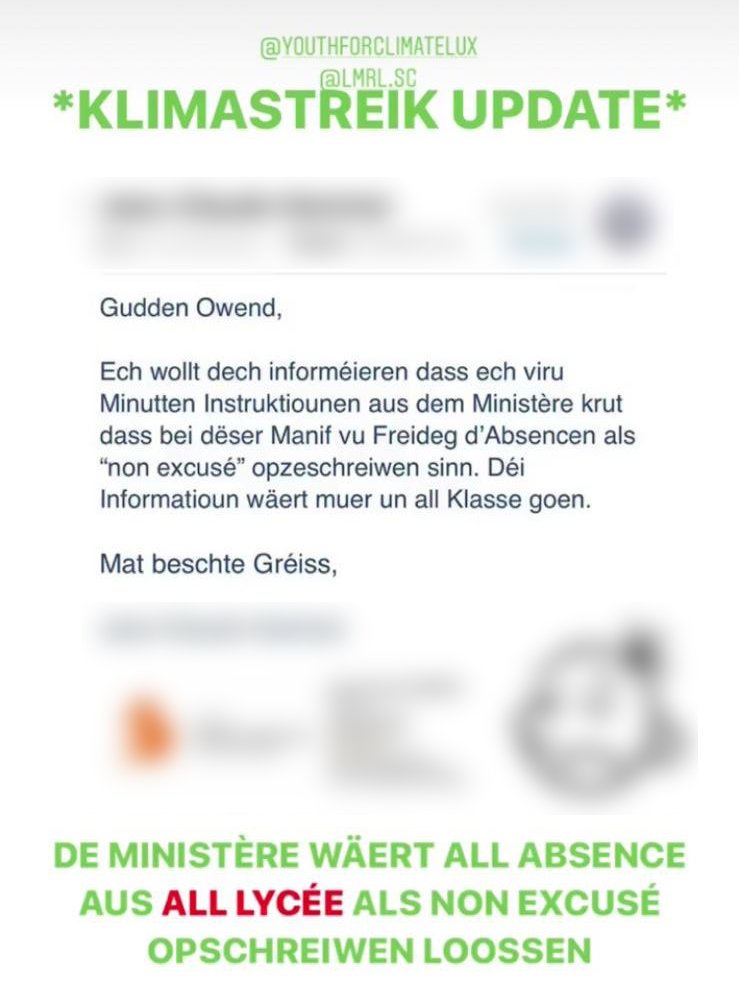 Youth for Climate Luxembourg had reacted to the news via social media, expressing their disappointment at the ministry's 'intimidation tactic'. The statement reiterated that having an unexcused absence on their school records is however nothing compared to the consequences if we continue to ignore climate change. 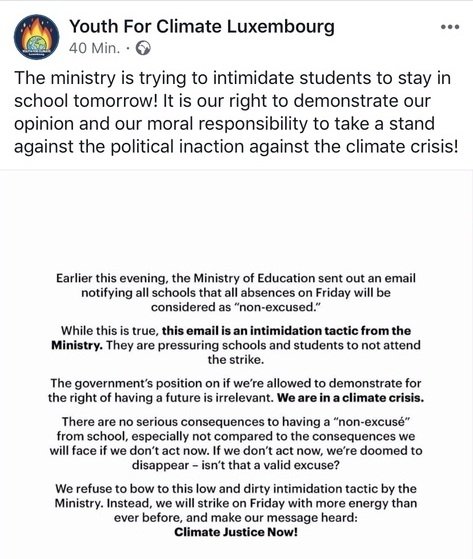 The teaching trade union SEW published a press release on Thursday morning, stressing its solidarity with students planning to protest. The press release also called upon teachers not to punish students for their activism.

The press release described the students as 'conscious of both the disastrous consequences of climate change on future generations and the inaction of previous and current governments.' The union urged teachers to express their discontent with Minister of Education Claude Meisch's decision to punish students with unexcused absences.