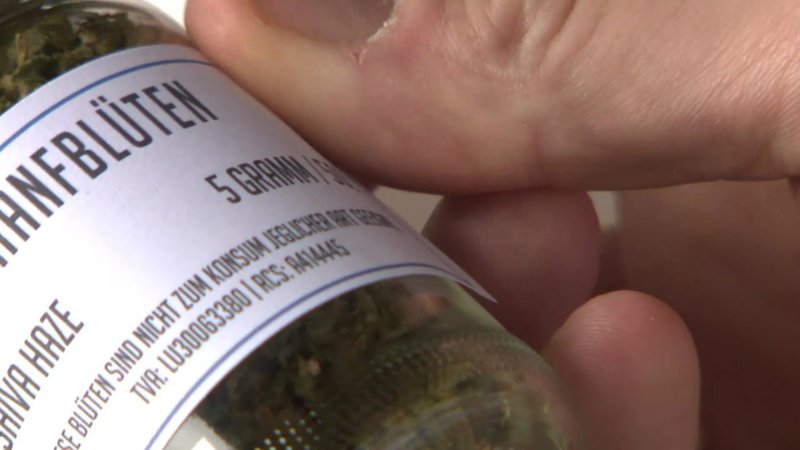 From teas to CBD oils to other alleged hemp wonder products... The cannabidiol craze has certainly infected Luxembourg but business is not necessarily booming.

The European CBD sector boasts an estimated annual turnover of €100 million. According to the European Cannabis Report, this number could even rise higher to €2 billion by 2028.

Despite the indisputable boom, some of Luxembourg's CBD shops may be forced to close their doors soon. At the current time, Luxembourg has around 40 shops open and 300 people work in the cannabidiol sector in the Grand Duchy.

The reasons for the uncertain future are diverse. Less than two months ago, police investigated 34 CBD shops in Luxembourg alongside the Customs and Excise Agency and the public prosecutor's offices of Luxembourg and Diekirch. Chaos still reigns in several of the shops in question. Many of them share the cannabis association's outrage regarding the unwinding of the police checks. Andrea Hilbert, who works for the CBD shop The Greenplace in Luxembourg City, explained that the checks only targeted bigger shops while various florist and tobacco shops did not fall prey to the disruptive investigations.

Hilbert added that the investigations themselves were also unbalanced. Some shops had to hand over large quantities of their products (worth €15,000-20,000) while others escaped relatively unscathed. It should come as no surprise that the investigations pose a significant financial threat to the shop owners. "We built our businesses with these products, and now we don't even know if we can continue selling them. This creates financial problems for us," Hilbert lamented.

Hilbert also stressed that he sent several emails to Luxembourg's Ministry of Health to inquire about regulations and the legality of his products. In Hilbert's words: "We often send emails to the Ministry of Health. But we don't always get a reply. We send those emails to find out which products we can sell. The entire business is quite vague."

The cannabis association confirmed Hilbert's tale of woe and stressed that they often sought dialogue with the ministry in charge. Christophe Zimmer, who currently serves as the association's president, explained that they are still waiting to get an appointment. He suspects that the problem lies in a ministry staff shortage. He cites Luxembourg's Hemp Expo as an example: "Each shop had to fill out a form naming the products that they hoped to bring to the event. These files were supposed to go to the ministry in order to be checked. They haven't replied to this day."

The Hemp Expo took place three weeks ago in Dudelange. The question of what is legal and what is not remains vague in Luxembourg. Tough times lie ahead for the Grand Duchy's CBD shops until clearer regulations are put in place.