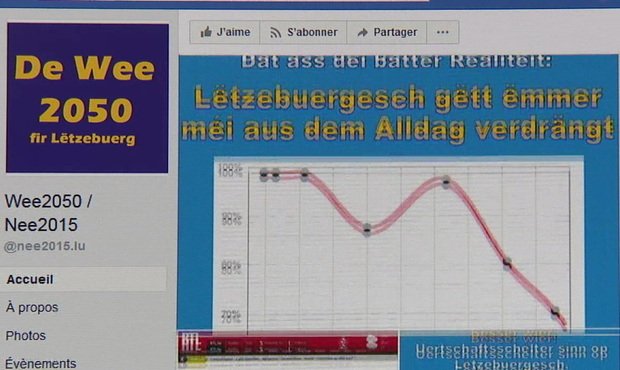 Identity has been one of the key topics ahead of the parliamentary elections. According to sociologist Fernand Fehlen, this discussion hides a discourse about social questions that are difficult to articulate.

In this assertion Fehlen is talking about the Wee2050 group, which advocates the use of Luxembourgish as a language in an extreme manner. The group uses headlines such as "Luxembourgish is increasingly being pushed out of everyday life!", as seen in the above screenshot.

According to Fehlen, who is both a sociologist and a linguist, Wee2050 will become redundant following the elections.

Fehlen's argument is as follows: as long as the majority of Luxembourg is in a good position, there is no societal reality that can allow the growth of the extreme right. Fehlen believes that nationalist groups like Wee2050 are harmless in Luxembourg, particularly as Luxembourgers are aware that their "openness and multilingual abilities are an economic resource."

Further to that point, Fehlen argued, xenophobia in Luxembourg would be untenable as a generalised position. Only a quarter of Luxembourg's workforce is Luxembourgish. Given that, rejecting foreigners and "sending them away" would be disastrous for the country. Fehlen believes that the majority of Luxembourgers know and understand this.

Addressing the election manifestos, Fehlen pointed out that each party is acknowledging the benefits of multilingualism and also supports the further development of Luxembourgish in tandem with this. As for the current government, which claims to have committed to developing Luxembourgish more than previous governments, despite halving the time of linguistic leave, where does Fehlen stand in evaluating their new focus on Luxembourgish?

Fehlen attributes this new emphasis on Luxembourgish to a sequence of events that began with the referendum. Following the referendum, people petitioned emphasising the importance of Luxembourgish and the organisation Wee2050/Nee2015 was founded to advocate Luxembourgish in a much more radical fashion. Fehlen believes that, since then, the Luxembourgish language has become a focal point of the elections.

A further point is that parties do not have concrete solutions to political issues and have instead turned to a topic where they can produce solutions, which in turn explains the focus on identity questions.

Fehlen drew parallels with 1989, which also experienced an election campaign focusing on Luxembourg and its language. This is why Fehlen believes that Wee2050 will become redundant following the elections - its predecessor during the 1989 election also failed to gain traction and fizzled out.

Fehlen called proposals to translate draft bills into Luxembourgish from French "symbolic policies". Instead, he highlighted existing linguistic gaps, such as the difficulties that children with a foreign mother tongue have in Luxembourgish schools, particularly in learning the language. When asked how he would resolve this issue, Fehlen believes that making the main educational language Luxembourgish would change this. He also pointed out that the only party advocating this is déi Lénk, who have a radical position in introducing Luxembourgish literacy.

Finally, the elephant in the room: The ADR and Wee2050, with whom the party is collaborating in this election, make the importance of Luxembourgish the crux of their campaign. Fehlen explained that their proposals have more of a sense of excluding people in society rather than including non-Luxembourgish speaking residents. 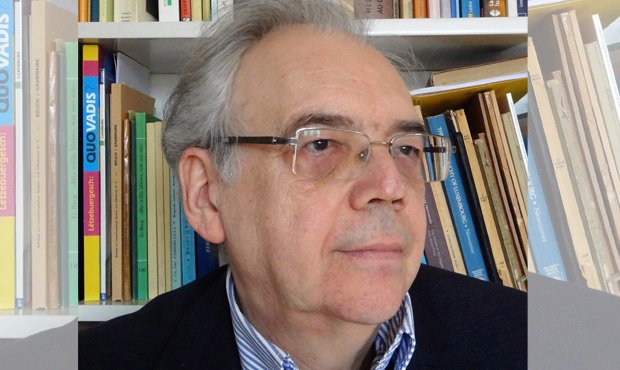