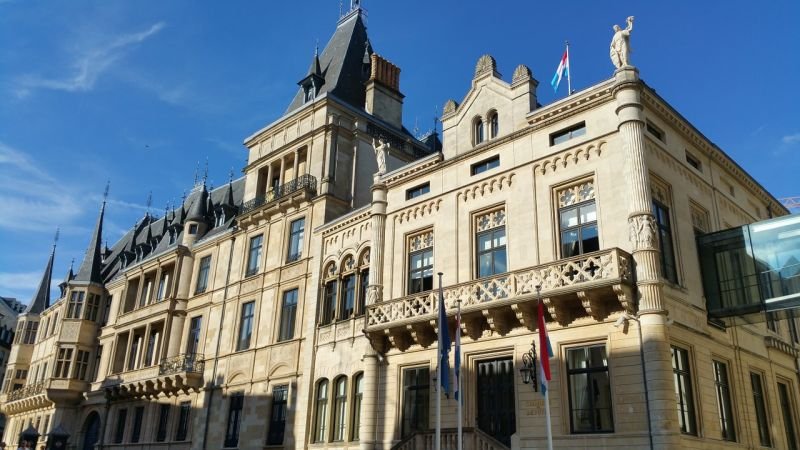 Luxembourg's Chamber of Deputies, where the events of 1919 took place. / © RTL Archives

RTL Today contributor Thomas Tutton explores the dramatic events of the soldiers’ mutiny of January 1919, which threatened to bring about a socialist revolution in Luxembourg.

The winter of 1918-19 was an extremely difficult time in Luxembourg.

As we have seen in previous articles, the end of the First World War left Luxembourg under French occupation.

There was a strong feeling of tension and guilt over the Luxembourgish government’s tacit acquiescence to German rule, especially in comparison with the young Luxembourgers who had signed up for the Allied armies to fight against the Kaiser’s armies.

It was not just the political situation that was proving a concern, however.

The freezing conditions of the previous winter had left many Luxembourgers in fear of another period of serious hunger. This led to a wave of anger against merchants who were seen to have profited from the war.

Meanwhile, the Spanish influenza had reached the Grand Duchy in October 1918, killing an estimated 1,000 people.

Added to the continuing uncertainty over the country’s political future, the situation in Luxembourg was reaching boiling point. 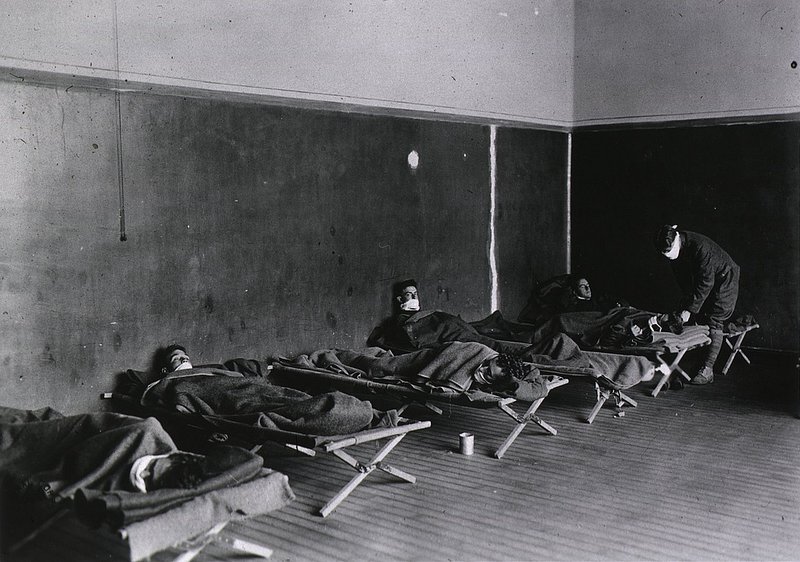 Patients suffering from the Spanish Flu in the US Army Field Hospital in Luxembourg. / © RTL Archives

On November 10th, 1918, just a day before the armistice ending the First World War, communists in Luxembourg City followed the example of Karl Liebknecht and Rosa Luxembourg in Berlin by declaring a republic, which was quickly quashed.

The next day, a similar uprising took place in Esch-sur-Alzette, and although it was equally unsuccessful, it caused a crisis of confidence in the Chamber of Deputies.

On November 12th, the socialists and liberals in the Chamber introduced a motion calling for the abdication of Grand Duchess Marie Adelaide, which was only narrowly defeated by 21 votes to 19.

The Grand Duchess’ position was now clearly under threat.

The talks went disastrously. Pichon initially refused to meet Reuter, and when he relented, he expressed to the Prime Minister that he had nothing to say to the representative of a German-leaning princess.

This was a boon for opponents of Luxembourg’s royal family. The clear message from France was that Marie Adelaide had to go, but the question remained: who, or what, would replace her?

Back in Luxembourg, on 9 January 1919 Reuter relayed the situation to the Chamber of Deputies, and, admitting his failure, offered his resignation.

Seizing the moment, the same group of liberals and socialists in the Chamber of Deputies who had almost forced Marie Adelaide out in November put forward a motion to make Luxembourg a republic.

Meanwhile, outside the Chamber, a crowd began to gather at the barracks of Luxembourg’s military force, the Corps of Volunteers.

Emile Servais, a left-wing politician, stepped out and demanded a republic in front of an estimated 2,000 people. 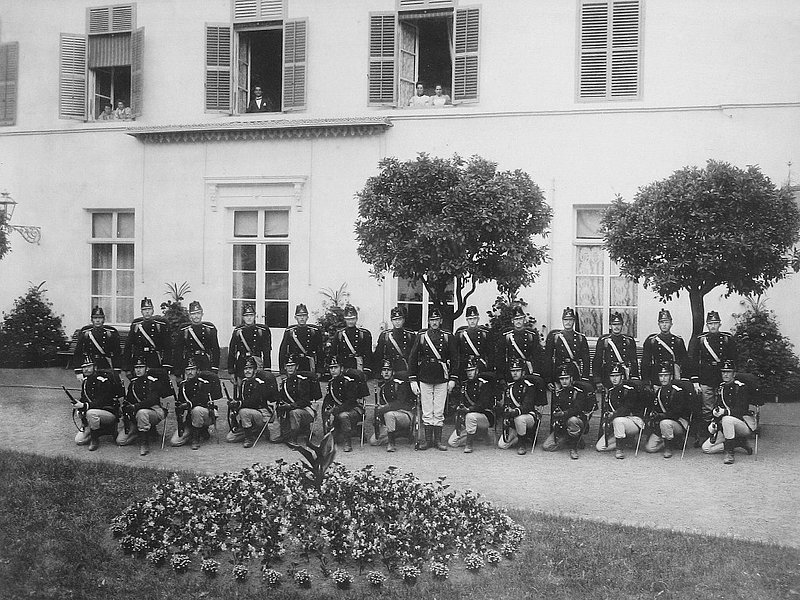 The crowd then rushed to the Chamber, where the overwhelmed deputies called on the Corps of Volunteers to clear the audience.

At this point, the Volunteers refused to obey orders. Suddenly, Luxembourg’s (admittedly very small) military was in full-blown mutiny.

In front of a crowd of anti-monarchists, the right-wing deputies fled the Chamber, leaving those remaining to declare a Committee of Public Safety, with Servais proclaimed President.

The Committee then proceeded to proclaim the Republic of Luxembourg – but the fledgling republic would be defeated before it ever got off the ground.

The key player was the French occupying force under General de La Tour.

Amid the confusion surrounding the events of the day, French troops were ordered to secure government buildings in Luxembourg City.

It’s still unclear exactly why the French intervened, but it’s worth remembering that governments and armies across Europe were terrified at the idea of socialist uprisings, following the example of the Bolsheviks in Russia.

Not only that, but only four days previously, the Spartacist uprising led by Liebknecht and Luxemburg had taken over Berlin.

Rosa Luxemburg, the Polish-born leader of the Spartacist uprising in Berlin, which may have inspired events in Luxembourg - or their repression. / © RTL Archives

Whatever their motive, the well-armed and disciplined French troops moved in, forcing the Luxembourgish Volunteers to disperse and disarm.

The French occupying force now took charge of Place d’Armes, Place Guillaume, the Chamber of Deputies and the barracks of the Corps of Volunteers, while banning any popular gatherings in the capital.

The so-called republic was crushed: it had no popular support on the streets, and its leaders were unable to gain legitimacy from the use of official buildings.

Regaining the upper hand, the right-wing deputies knew that only one course was left open to them: the abdication of Marie-Adelaide.

On January 14th, 1919, the Grand Duchess abdicated, with her sister Charlotte taking her place the following day.

The crisis had thus been defused for now – but the political uncertainty was far from over. And as we’ll see next time, it would take a popular referendum to secure the dynasty which still rules over Luxembourg to this day.