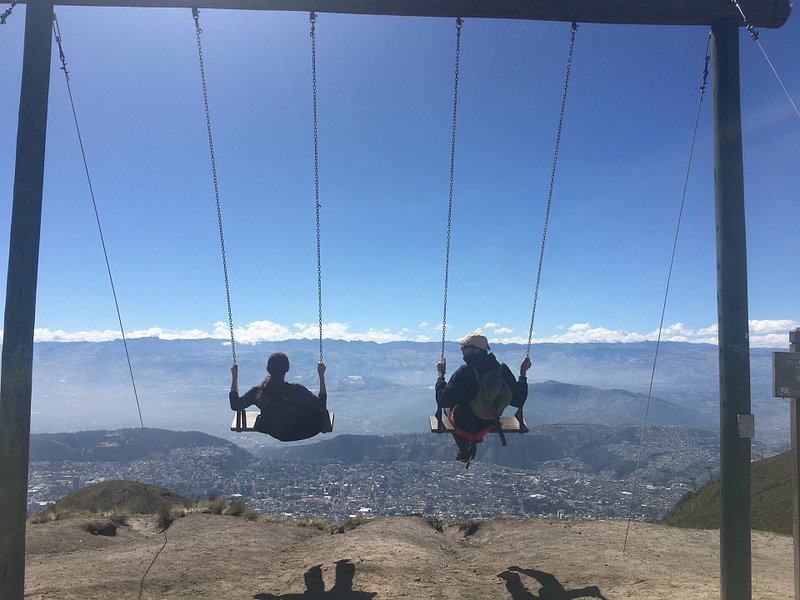 In a new series, RTL Today's Tom Tutton picks out highlights from a once-in-a-lifetime trip to South America.

It’s Tom Tutton here, writing from a hostel in Medellin, Colombia. Yes, that’s the city of Pablo Escobar, and once one of the most dangerous places on Earth. More on that later.

RTL Today regulars might know me as the host of our Luxembourg History Podcast or as the frontman for our live football coverage, but now I’m embarking on a new adventure: travelling through South America for five months.

So how have I ended up here, you might ask?

Well, this journey has been a long time coming – two and a half years, to be precise. Back in late 2019 (just before recording the first series of the LHP, in fact), my partner and I had booked a one-way ticket from the Grand Duchy to Buenos Aires, Argentina.

Now, you might remember the start of 2020 being overshadowed by news of an outbreak of a mystery disease in the little-known Chinese city of Wuhan. (I’ve actually been to Wuhan before… but that’s a different story.)

As the weeks went by and my flight approached, I kept getting a nagging feeling that this ‘coronavirus’ might seriously disrupt my plans. And so it was that on March 11th, just as we were packing my bags, Argentina announced that it would introduce a two-week quarantine for any arrivals from Europe. Our travels had ended before they had even begun.

Given the scale of the global tragedy brought on by Covid-19, our cancelled trip was, of course, the very definition of a first-world problem. But in the two pandemic-ridden years that followed, I kept wondering if I had missed my chance to see the world.

Until, unexpectedly, I got another opportunity to do just that.

Have you ever heard of pole vault? You know, that crazy sport where athletes grab a massive pole, sprint down a track and fling themselves upside down over a ridiculous height?

Well, it turns out that my 17-year-old sister is really, really good at it. So good, in fact, that this summer she qualified for the World Athletics U20 Championships, held in the city of Cali, Colombia.

As soon as I heard, I decided I couldn’t miss it. And I quickly realized that this was the opportunity I’d been waiting for to go travelling in South America.

In the space of three days, I cancelled all my plans, booked a flight to Colombia, sublet my room, persuaded my partner to come with me and asked for leave from my friendly boss at RTL Today. (Thanks again, Martin!)

Next thing I knew, I was at the Estadio Pascual Guerrero in Cali, cheering on my sister as she equalled her personal best to finish 10th in the world.

And just like that, I was off on a five-month trip to South America.

Over the next few weeks, I’ll be bringing you snippets of the most interesting places I find along the way, from the Amazon rainforest to the Atacama Desert. I don’t yet know where I’ll end up, so if you’ve got any suggestions, fire away in the comments below!