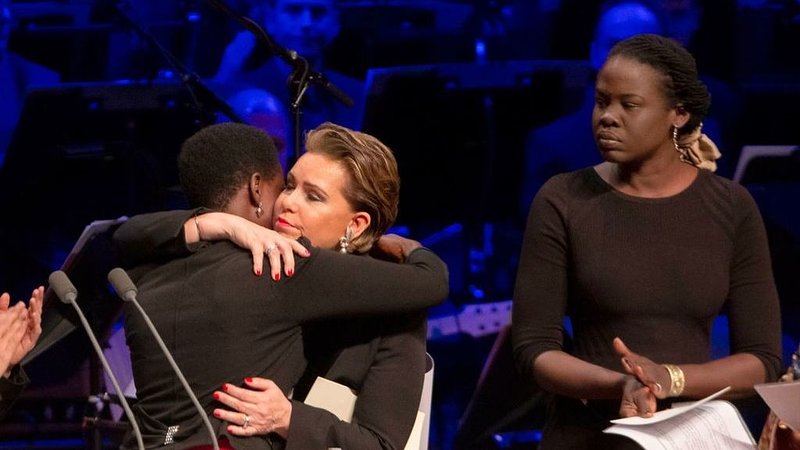 In March, Grand Duchess Maria Teresa hosted the Stand Speak Rise Up! forum, an initiative to combat and end the taboo surrounding the survivors of sexual violence in combat zones.

The forum was born from a meeting with now-Nobel Peace Prize laureate, Dr Denis Mukwege in 2016. Mukwege's campaigns to build a solidarity network for the survivors of sexual violence deeply moved the Grand Duchess, who threw herself these initiatives and came up with the idea to hold the Stand Speak Rise Up! forum alongside Mukwege and lawyer Céline Bardet, founder of the NGO We Are NOT Weapons of War.

On Tuesday, the Grand Duchess released a special video message to commemorate the publication of the forum's white paper, which details the main lines of action as debated at the forum. In Her Royal Highness's editorial in the white paper, she writes: "These are the guidelines we will follow at Stand Speak Rise Up! For this first forum was not an end in itself, but a beginning. It is the beginning of a struggle, which I feel is going to be fierce, to induce change."

The Grand Duchess thanked all those who participated in the forum and dedicated her message and the white paper to the survivors - "the heart and the centre of this forum" - and ended her message with the forum's slogan: "Nothing about us, without us. I am at their side."