In the hours since Grand Duke Jean's death, many tributes have poured in highlighting his duty to his country, both as the monarch and head of state, and in his previous years before succeeding Grand Duchess Charlotte in 1964.

Grand Duke Jean lived to the age of 98, witnessing 19 years of his son Henri's reign as Grand Duke following his abdication. He had five children, 22 grandchildren, and 15 great-grandchildren.

The Grand Duke died on 23 April 2019, more than a week after he was first admitted to hospital for a pulmonary infection. Here, we have compiled a timeline of the significant events of Grand Duke Jean's life.

1921: Grand Duke Jean was born as Prince Jean Benoît Guillaume Robert Antoine Louis Marie Adolphe Marc d'Aviano on 5 January at Berg Castle to Grand Duchess Charlotte and Prince Felix of Bourbon-Parma. He was the first of six children to the Grand Ducal couple. 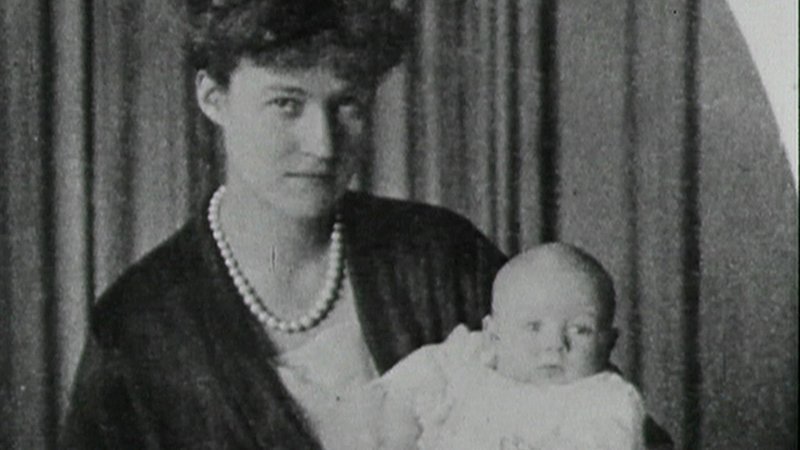 1939: Once Prince Jean reached maturity, he was named Hereditary Grand Duke and officially designated Grand Duchess Charlotte's successor, recognised as heir apparent, months before the Second World War would break out.  The Hereditary Grand Duke had attended both primary and secondary school in Luxembourg before attending Ampleforth College in Yorkshire, the so-called 'Catholic Eton'.

1940: On 9 May 1940, German troops invaded the Grand Duchy overnight, forcing Hereditary Grand Duke to escape the country alongside the rest of his immediate family. The family initially lived in exile in Paris before fleeing to the United States. In North America, the young crown prince began his studies in law and political science at Laval University in Quebec City, Canada.

1942: The Grand Ducal family moved to the United Kingdom, at which point Jean followed family tradition with military training. In November, the Hereditary Grand Duke volunteered with the British Army's Irish Guards regiment. 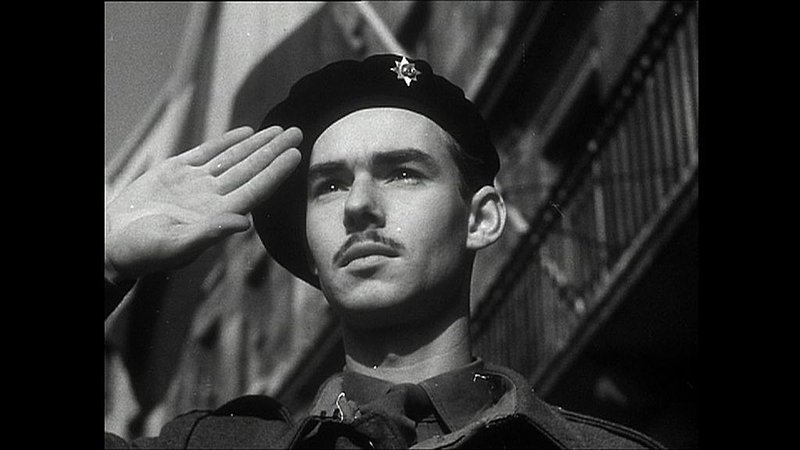 1943: Prince Jean graduated from the Royal Military Academy at Sandhurst as a second lieutenant. As his mother did regularly, he addressed the Luxembourg nation via a BBC broadcast on the day of his graduation, vowing that the family had not forgotten its citizens.

1944: Prince Jean was promoted to captain and began his military career in earnest. The young Hereditary Grand Duke took part in the Normandy Landings on 11 June 1944 as well as the liberation of Brussels. Finally, on 10 September 1944, Prince Jean crossed the border at Rodange (the same border where he and his family had fled four years earlier) and helped liberate Luxembourg alongside his father. The young prince showed a dedication to continue the liberation and rejoined soldiers in Arnhem, the Ardennes, and Germany until the Nazi regime capitulated on 8 May.

1945: On 14 April, Hereditary Grand Duke Jean welcomed his mother and the monarch of Luxembourg back to the liberated homeland. In the years following the war, the prince had received a number of military decorations. In this year, Prince Jean was also named Chief Scout of the Luxembourg Boy Scouting Association.

1951: Prince Jean joined the state council, remaining a member until his mother appointed him her official lieutenant to the Chamber of Deputies in 1961.

1952: The Hereditary Grand Duke became engaged to Princess Joséphine-Charlotte of Belgium, daughter of Leopold II of Belgium and sister to then King Badouin. The wedding plans were announced on 26 December 1952. 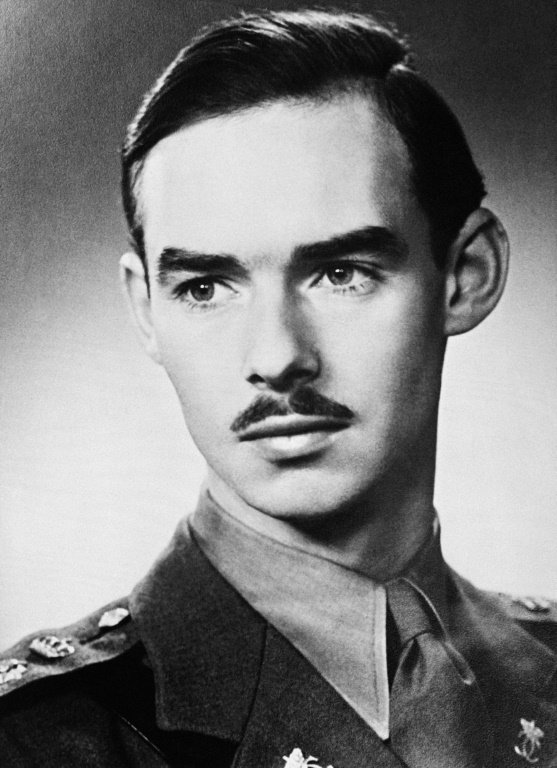 1953: Prince Jean and Princess Joséphine-Charlotte married on 9 April, first in the Hall of Ceremonies at the Grand Ducal Palace, and later that day at the Notre Dame Cathedral in Luxembourg City. The couple would have five children, the first of whom, Princess Marie Astrid, was born a year later. 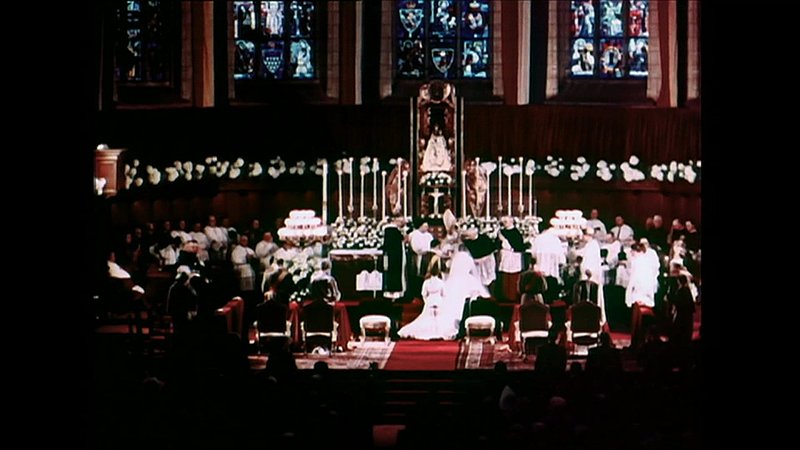 The wedding of then Prince Jean and Princess Josephine-Charlotte. 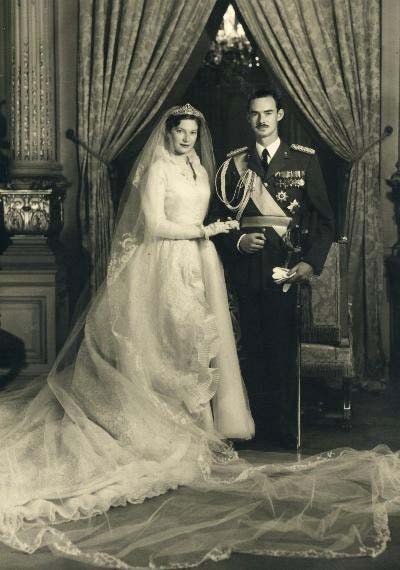 1961: Grand Duchess Charlotte appointed Prince Jean as her lieutenant representative to the Chamber of Deputies on 25 April. At this point, the Grand Duchess began delegating more of her duties to her son ahead of her abdication. 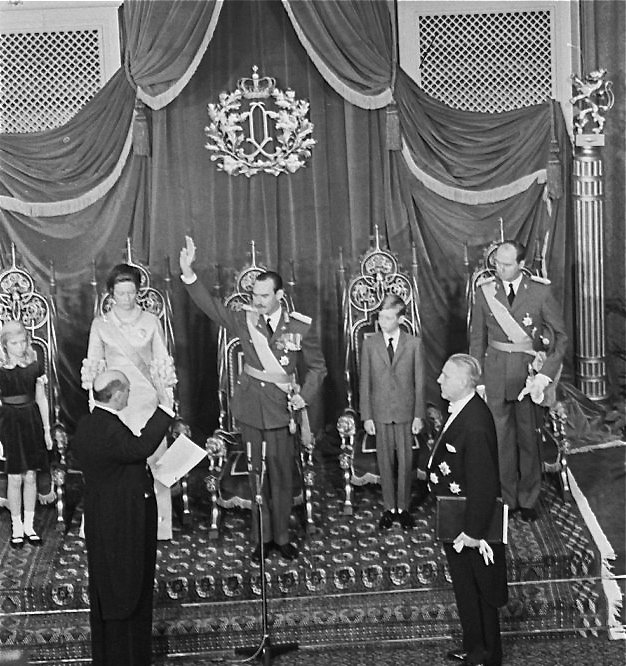 1964: On 12 November 1964, Grand Duchess Charlotte abdicated at the age of 68, leaving her son to become the eighth sovereign of Luxembourg since the country's founding. During Grand Duke Jean's tenure, Luxembourg went through monumental changes.

From the country's success as an agricultural and industrial heartland, the Grand Duchy would soon become a significant player in international finance. The very nature of Europe would also change with the founding of the European Union, of which Luxembourg was a founding member, and the creation of the Schengen area.

As many of those writing tributes to Grand Duke Jean have stressed, the Grand Duke was committed to both the well-being of his people and the European project. At one port, French president Georges Pompidou proclaimed that "if Europe had to choose a hereditary president, it would surely be the Grand Duke of Luxembourg!"

1972: Grand Duke Jean met with many other heads of state to advance Luxembourg's agenda. In June 1972, the Grand Ducal couple visited Great Britain on a state visit to herald the country's entry into the Common Market. On this occasion, Queen Elizabeth II appointed Grand Duke Jean a Stranger Knight of the Order of the Garter. 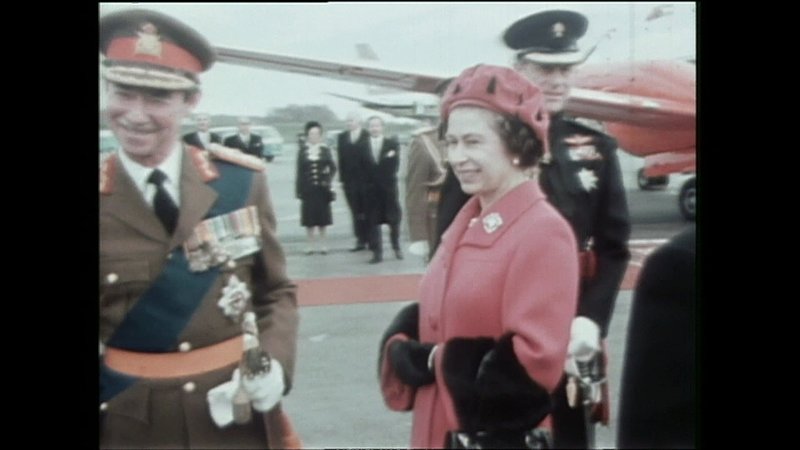 Grand Duke Jean with Queen Elizabeth when the British royal couple came to Luxembourg on a state visit in 1976. / © RTL Archives

1984: From 1984 until his abdication in 2000, the Grand Duke, as a Colonel of the Irish Guards, rode annually in Trooping the Colour, the official celebration of the Queen's birthday.

1986: Grand Duke Jean was honoured for his efforts towards European integration with the Charlemagne prize in Aix-la-Chapelle.

1989: A keen supports of the Boy Scouts throughout his life, Grand Duke Jean was admitted as a member of the Baden-Powell World Fellowship. He was granted this honour in recognition of his contributions towards the World Scout Foundation. Grand Duke Jean maintained at later points in his life that he continued to hold the position of Chief Scout in Luxembourg with pride.

1998: After having joined the International Olympics Committee in 1946, Grand Duke Jean became an Honorary Member of the IOC in 1998, having previously participated and chaired separate commission for the committee.

1999: On 24 December 1999, Grand Duke Jean announced his intention to abdicate next October to allow his son Henri to take up the mantle of Grand Duke. He explained: "I strongly believe that, at the dawn of the new millennium, and after reigning for more than 35 years, it is wise for me to retire from state matters." 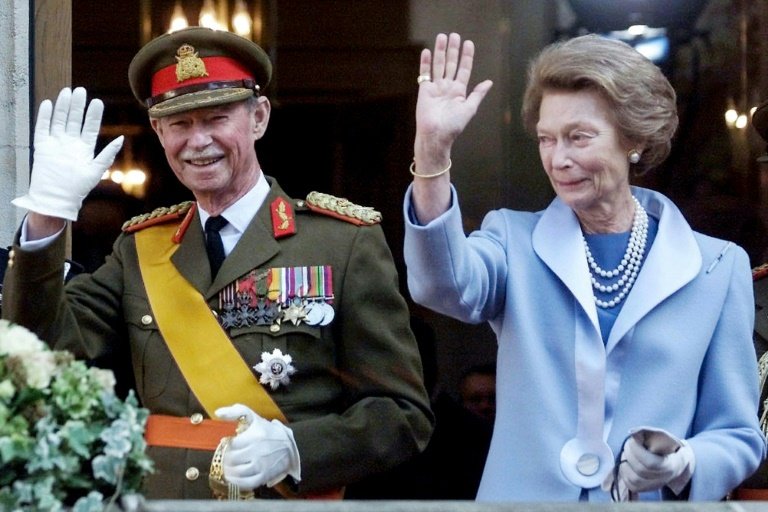 2006: The Mudam (Grand Duke Jean Museum of Modern Art), named in Grand Duke Jean's honour and conceived as a project in 1989 to celebrate the 25th anniversary of his ascension to the throne, is inaugurated by the man himself.

2019: Grand Duke Jean dies on 23 April 2019 aged 98 after having been admitted to hospital for a pulmonary infection ten days earlier. Before his death, he was the world's oldest living monarch. 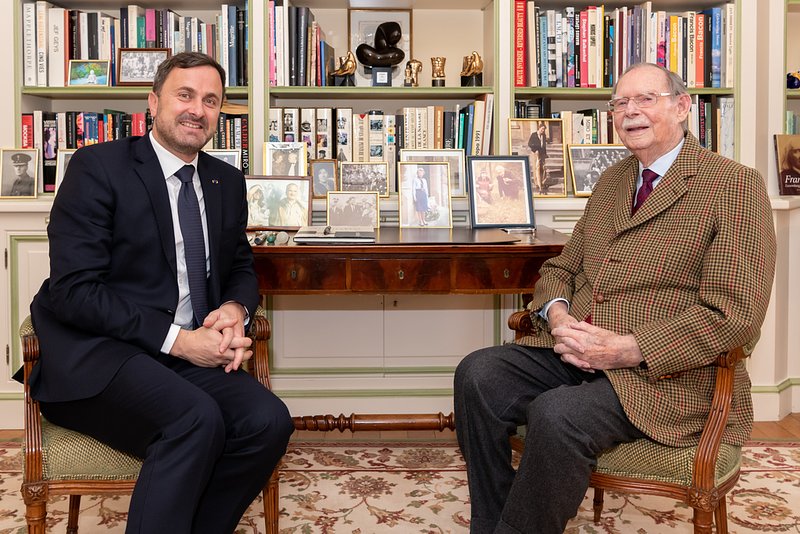