The Grand Duchy has lost one of its greatest statesmen. Former Grand Duke and head of state Jean has passed this Tuesday.

On Saturday 13 April, hospital information representatives confirmed that Grand-Duc Jean, 98, was admitted to hospital for checks on a suspected lung infection.

By Tuesday 16 April it looked like he was on the mend, but his condition worsened again in the following days.

We are saddened to announce that the former statesman has passed away at 12.25am this Tuesday, 23 April, at the age of 98.

In a press release published by the Grand Ducal Court, Grand Duke Henri wrote: "It is with great sadness that I inform you of the death of my beloved father, His Royal Highness Grand Duke Jean, who passed away in peace, surrounded by the affection of his family."

During his reign as the eighth Grand Duke of Luxembourg, Jean spent an impressive total of 30 years at the very head of country. He was born on 5 January 1921 at the Colmar-Berg Castle, under the full name of Jean Benoit Guillaume Robert Antoine Adolphe Louis Marc of Aviano of Nassau.

The eldest son of Grand Duchess Charlotte and Prince Felix will be remembered as a statesman who has always been appreciated by his people. He was present in the most difficult of times and even fought alongside the allied forces during the grim Second World War.

His long reign was marked by several key historical events. To name but a few, there was the steel crisis in the 1970s, the gradual diversification of Luxembourg's industry, the rapid development of its financial centre and the installation of the European institutions in the Grand Duchy.

When Jean-Claude Juncker was still prime minister in 1996, he only had words of praise for the former Grand Duke's selflessness: "He is a man that always puts his duty first and his own well-being second."

10 May 1940 represents a sinister day in Luxembourg's history of proud independence. German troops invaded the country when Jean was only 19 years old. The young prince was consequently forced to go into exile along with his family and the Luxembourgish government. A real odyssey began, taking Jean to France, the United States, Canada and Great Britain.

When he arrived in Quebec, the future Grand Duke pursued his studies in law and political science before committing to the Irish Guards in November 1942. As tradition dictates, Jean had to absorb a military training at Sandhurst and became a lieutenant the following year.

A few days after the Normandy landings had started in June 1944, Jean arrived at the battlefield and took part in the battle of Caen. After that, he headed to Brussels in order to participate in the Belgian capital's liberation.

10 September 1944 finally saw the liberation of Luxembourg city by the allied troops, allowing Jean and his father to return home. The residents of the capital welcomed them with great enthusiasm.

However, Jean quickly rejoined his company and resumed fighting until the end of the war. He returned home on 14 April 1945, just on time to welcome his mother back from exile.

The hard but hopeful time of the reconstruction began and Jean, in the general spirit of new beginnings, got engaged on 7 November 1952 to Belgian Princess Josephine-Charlotte, sister of King Baudoin I and his successor Albert II. 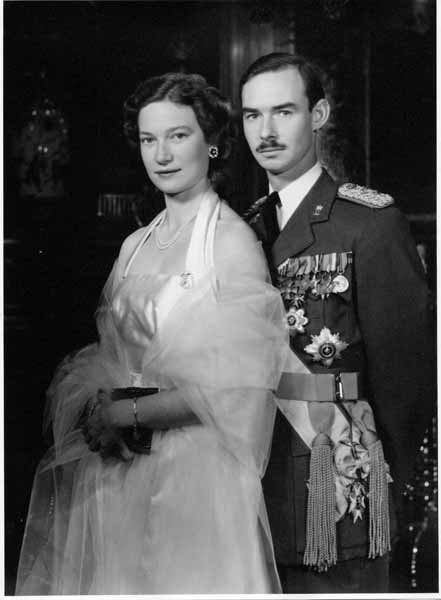 Their wedding took place on 9 April 9 1953 at Luxembourg's Cathedral.

Shortly later, the couple gives birth to five children: three sons and two daughters. Princess Marie-Astrid was born on the 17 January 1954, followed closely by Prince Henri on the 16 April 16 of the next year.

The twins, Prince Jean and Princess Margaretha saw the light of day on 15 May 1957.

On 12 November 1964, Grand Duchess Charlotte decided to abdicate, which meant that Jean took his oath to continue serving the country; this time as its Grand Duke.

Not a single misstep

Throughout his 36 years of reign, he never made a mistake in his official capacity. His people will remember him as a man of integrity who always took a neutral stance towards Luxembourg's politics.

Jean was honorary president of the wards of the state, honorary president of the Olympic and Sports Committee and member of the International Olympic Committee. He has also been a member of the Council of State for ten years. He always showed particular dedication when it came to his role as Scoutmaster of the Luxembourg Guides and Scouts, a function that allowed him to escape from his stressful everyday life.

It was on 7 October 2000 that Grand Duke Jean renounced the throne, leaving his place to his son - Grand Duke Henry. Five years later, Grand Duchess Josephine Charlotte died of a long illness, leaving her family and the entire country in mourning.

On 5 January 2011, Jean celebrated his 90th birthday, surrounded by the entire grand ducal family. A concert was held in his honour at the Philharmonie.

In 2014, he participated in the commemoration of the Normandy landings as the only monarch to have fought alongside the allies.

At times ignoring his health problems, he always considered it a great honour to take part in family celebrations such as the wedding of hereditary Grand Duke Guillaume and princess Stéphanie in October 2012, the wedding of Prince Felix and Princess Claire in September 2013 or the baptism of his great-granddaughter, Princess Amalia in July 2014. The numerous pictures that can be viewed on the website of the Grand Ducal Court attests to the fact that family celebrations have always been very special moments in Jean's eyes. 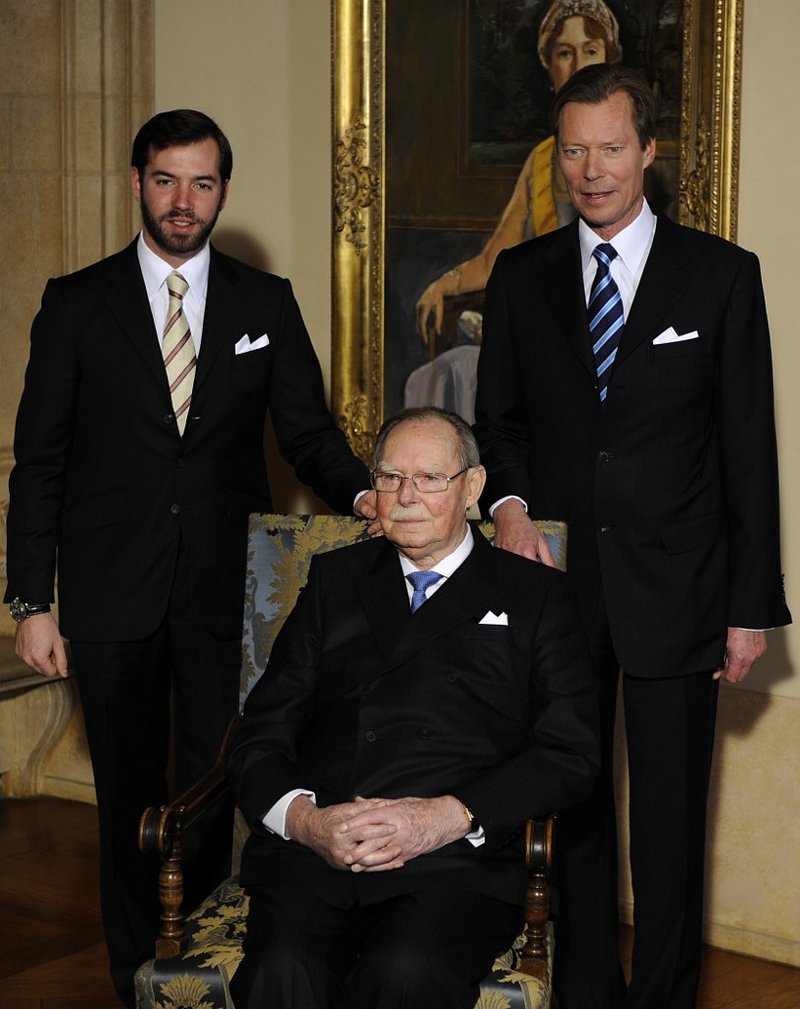 At his 90th birthday.