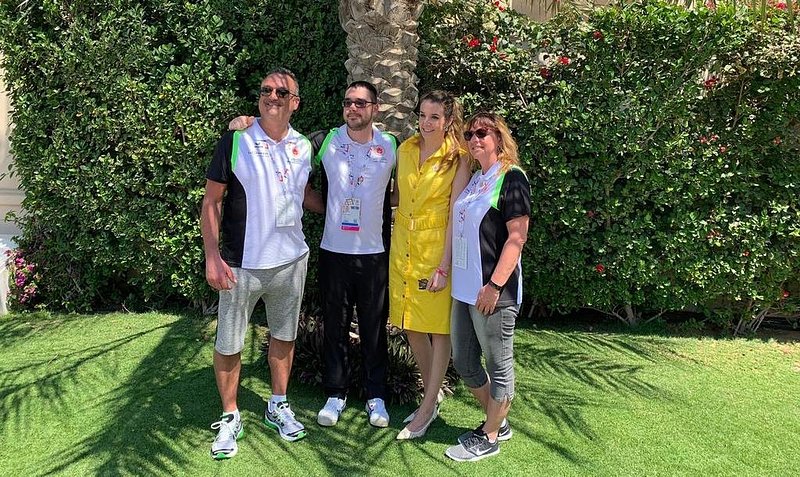 In this RTL Today exclusive, Princess Tessy writes a report of the opening ceremony of the Special Olympics in Abu Dhabi.

Princess Tessy and  Prince Paul-Louis de Nassau,the nephew to the Grand Duke,  were both present at the opening ceremony and met with the Luxembourgish delegation. The Special Olympics is the world's largest sports organisation for children and adults with intellectual and physical disabilities. The games in the United Arab Emirates will last from 14 to 21 March.

We have an exclusive report on the opening day by none other than Princess Tessy, which you can read below. 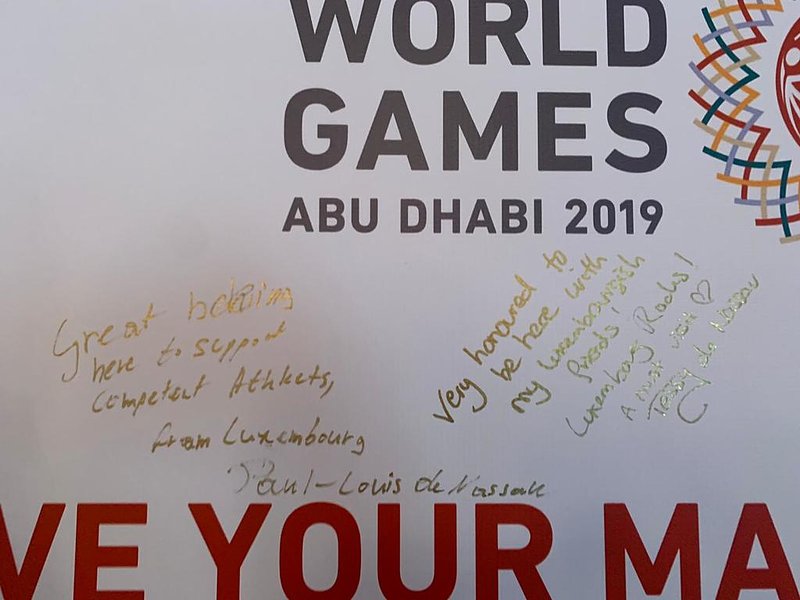 Special Olympics opening - a day we celebrate individuals with determination

Today was an exciting day for the small yet committed delegation of our Luxembourgish special Olympics athletes.

My day started with a wonderful and sunny reception at HE Ambassador of Luxembourg’s residency. Loads of pictures were taken, laughter was shared, and stories of excitement about what to come for the next days were exchanged.
I felt very privileged to be among such inspirational and engaged human beings. To be asked to sit literally in the middle of them made me very proud and humble as Luxembourger to witness knowing what the team members live everyday with their own stories and special needs - each and every one of them proud to be here under the Luxembourgish flag.

I asked some of them if they were nervous about the opening ceremony. The reply was instantly: "No, I am not. I am happy to be here." The feeling of being grateful to be here was as strong for lunch at the Embassy as it was in the evening.

The evening approached and here we were, standing in line ready to step out in front of 50,000 people.
It was overwhelming and beautiful. Goose bumps filled my arms. Looking around me, wonderful people with big smiles chanting and screaming “Luxembourg”. It was all perfect in that very moment.

The arena presented itself as the perfect stage to present themselves and their home countries -  more than 190 nations in total and more than 7,500 athletes who will compete in 24 disciplines.

The scale of the opening event was equally inspiring as the 2012 Olympics I witnessed in London. From the different delegations marching in to the lighting of the Olympic flames  and the fireworks and music - it was all a testimony to the commitment toward tolerance and acceptance from the host country the United Arab Emirates.

The legacy of Eunice Kennedy Shriver, the founder of the Special Olympics, is alive and vibrant in its 50th anniversary.

Tomorrow is the start and I am so excited to be here. We, as Luxembourgers, can all be very proud of the hard training and commitment of each and everyone of the team members.

*Translates to: Red Lions, take them (down)!

Want to know more? Check out Tessy's report of day 1 of the games here!