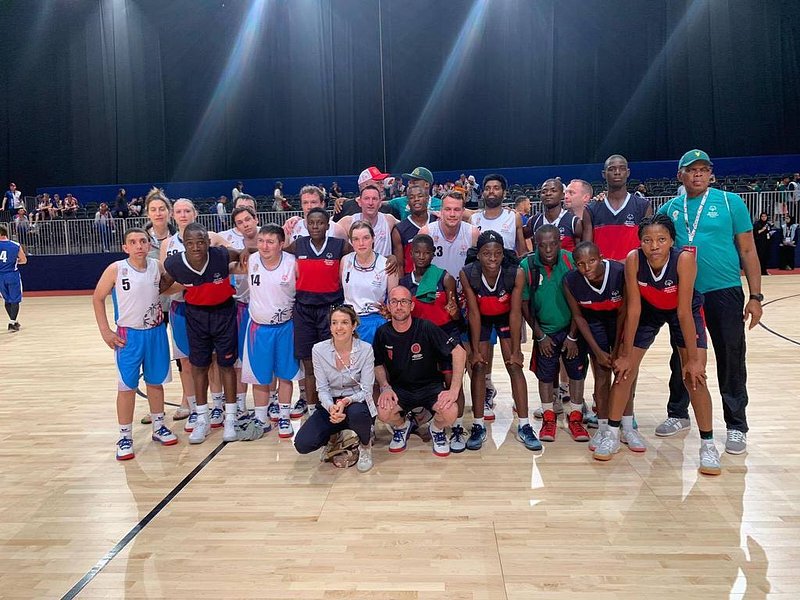 In our next RTL Today exclusive, Princess Tessy shares her impressions of the first day of the Special Olympics in Abu Dhabi.

Princess Tessy and Prince Paul-Louis de Nassau are currently in Abu Dhabi for the Special Olympics. The latter is the world's largest sports organisation for children and adults with intellectual and physical disabilities. The games in the United Arab Emirates will last from 14 to 21 March.

On the first day of the games, Tessy met Luxembourgish athletes and supporters. In her own words: "It was beautiful!"

You can read Tessy's very own report on the first day below:

Surprisingly, I woke up to typical Luxembourg weather - meaning grey sky and rain. Believe it or not, it has continued to rain all day. I was told that this was quite unusual - sometimes it only rains once a year.

First stop after a short night was the tennis court - games were delayed because of the rain. However, this delay did not diminish the joy and excitement of the two tennis players, Luc and Yves. They waited patiently with their coaches to be called to the tennis court.

Sadly, the delay was so significant that I needed to leave before they started; I had to meet the Botcha team. We then arrived in the huge conference hall of The Abu Dhabi National Exhibition center. The efforts undertaken by the organisers to transform the exhibition center into a multi-sport center of competition were impressive. Hundreds of volunteers greeted the visitors. I even spotted the Star Wars robot passing by.

I finally found the team. They were sitting on the bench watching their fellow competitors. Sadly, they told me that, due to schedule changes, they would only play tomorrow and on Sunday. I assured them that I would pass by again to see them play.

After a short yummy lunch in the athletes cafeteria together with the Luxembourgish team, we went on to cheer together for the Luxembourg's basketball team. The match was intense and very thrilling. The Luxembourg supporters screamed their lungs out with slogans such as : “Allez Letzebuerg" and "Roude Leiw Huel Se." It was beautiful! 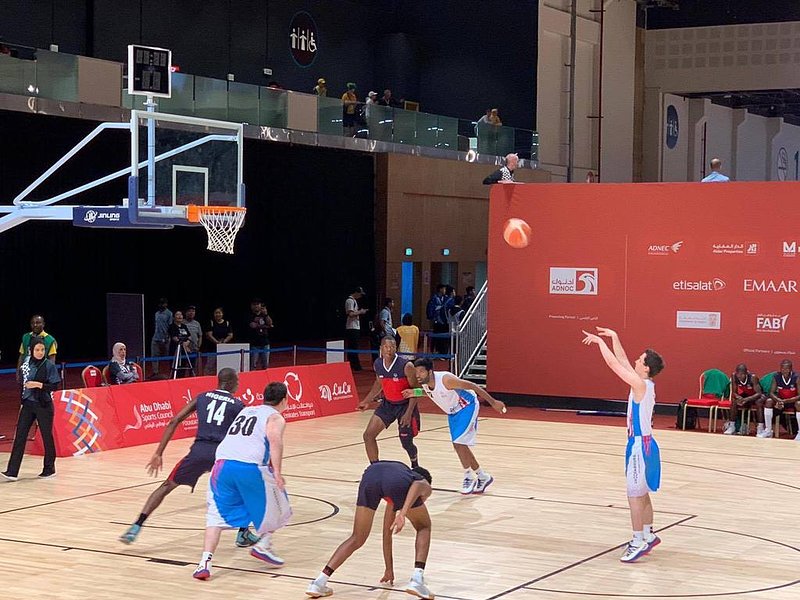 The match was a head-to-head race until late in the game. A couple of near-misses unfortunately gave the advantage to the other team. We lost against against Nigeria 21-28.

However, as trainer Ronny assured his team and the supporters: "tomorrow is another day and we will be ready to play against Bangladesh."

Some tears were slowly running down the cheeks of some of the players. Hugs and words of support were shared.

It was beautiful for me to be able to see this very emotional behind-the-scene moment and witness the deep connection and love towards the game by of our fellow Luxembourg athletes. They truly are admirable people with determination. I am sure that the next few days will be equally exciting and thrilling.

If you have some particular questions you would like me to ask the players, the coaches or the officials, please let me know and I make sure they are answered.

*Translates to: Red Lions, take them (down)! (definitely try to remember that expression if you're into Luxembourgish sports!)

Princess Tessy is not a journalist by profession. She writes these posts to express her support and appreciation for Luxembourg's Special Olympics Team.