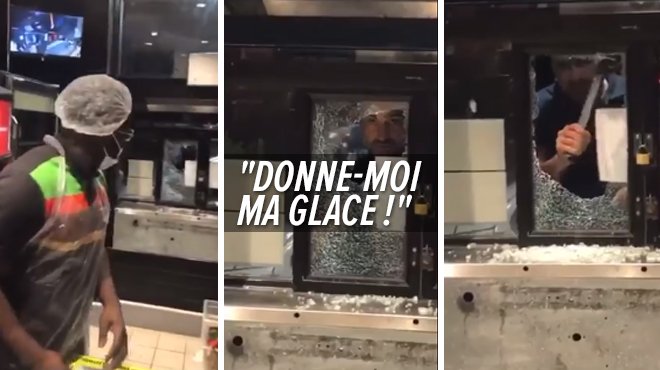 The scene was filmed at a Burger King in France, as the fast food company confirmed to RTL.be.

A man got upset at a Burger King in France because the ice cream he wanted was unavailable. Frustrated, he broke the drive-in window, shouting: "Give me my ice cream! I came to get my ice cream. I want ice cream and you're playing smart."

A staff member is heard warning him: "If you break everything you are going to have to pay." Another employees asks: "Why are you so upset?" with the man responding: "Because he doesn't want to give me my ice cream!"

Burger King declined to comment further on the incident.