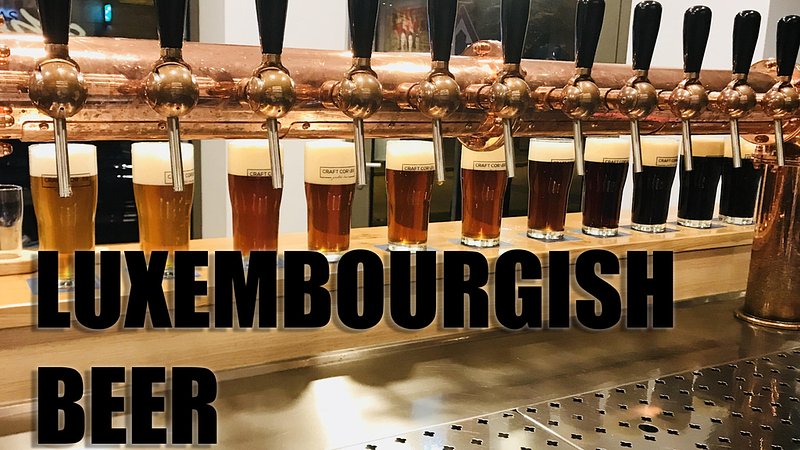 Luxembourg's native beer offering has been improving at an almost ridiculous pace, so we decided to head out and see what's on offer, and who's making it.

Last week we checked in with Patricia and Sergio from Totenhopfen, who dream of one day opening a brewpub in the Grand Duchy. For this week's article, I hopped (hehe) down to Bonnevoie to meet up with a couple of chaps who have already made that dream a reality.

Bouneweger Braurei is located in the Bonnevoie (Bouneweg in Luxembourgish, hence the name), but is perhaps better known as Craft Corner. They are essentially one and the same — the brewery is located in the kitchen of the bar, though it should be noted that Craft Corner is more than “just” a brewpub.

Eric Thibor, who co-owns the bar/brewery, has been a passionate home brewer for around 10 years. He opened the doors at Craft Corner about a year and a half ago, in December 2017. The first beer they made was a Black IPA, a bit of an unusual choice for a first offering! Their later creations have been no less creative.

They can make around 55-90 litre batches, so it’s a small operation - but they don’t really need more, as their beer is only sold in the bar itself. In 2017 they brewed 37 times. It might have been more, but the long and hot summer meant that they couldn’t brew for several weeks, as the kitchen was too hot. 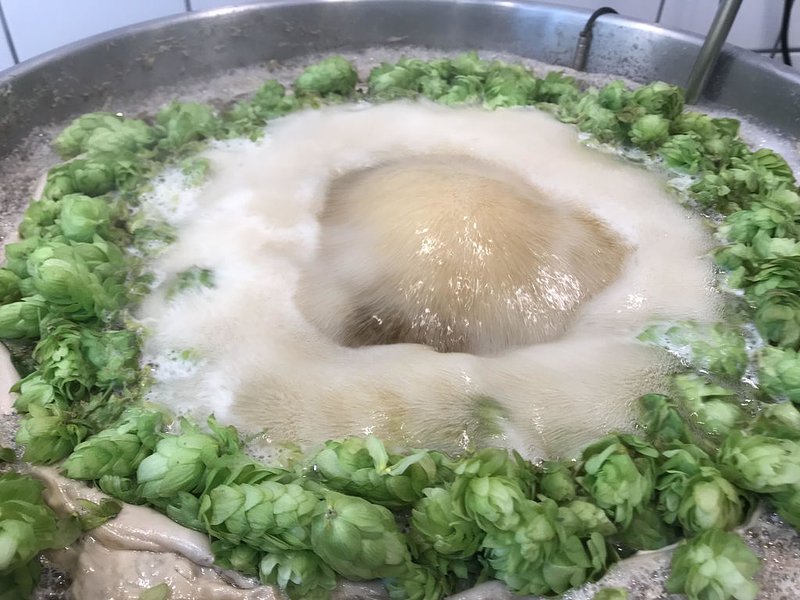 That said, they’ve not considered brewing anywhere else when they can’t do it in their own kitchen. As Eric explained, their ambition is (not so) simply to be a brew pub, and they aren’t interested in selling their beer elsewhere. In fact, they don’t even have the equipment needed to bottle their beers, so it’s all straight from the keg and through their taps. That said, they do on occasion bottle some of their beer along with a brew master friend of theirs in Germany.

The fact that they brew and sell new beers all the time, you can never be sure that you’ll find the same beer twice – nor what to expect on tap when you get there. You can see which beers they have on top, and which are coming up in the future, on Untappd and Tap Hunter, or of course you can check their Facebook page or drop them an e-mail.

This a reflection of Eric’s view of beers, and his drive when it comes to creating new offerings. As he put it, you can brew the same thing over and over and keep perfecting it, which would essentially make you a niche expert, but that’s not what he thinks is what makes craft brewing fun. He appreciates the fact that there are so many different styles to try, and he wants to continue to try his hands at new things, new methods, ingredients, styles, and recipes. He keeps them all written down in a little black notebook, a possession I’m sure many would like to lay their hands on.

He also tries to come up with things that are hard to find in Luxembourg. So he’s made Luxembourg’s strongest beer, stouts, imperial stouts (one of which was the aforementioned strongest beer), fruity IPAs, sour beers… Nearly anything you could think of.

Most of the recipes are Eric’s creations, but other team members will on occasion get the opportunity to come up with something of their own as well. In addition to their own beers, they also stock other craft beers from Luxembourg and further afield. When I arrived, Eric was just carting in an exciting new beer that he’d picked up from a German craft brewery.

Another thing that helps Craft Corner stand out is their soft drinks. In the summer, they offer their own homemade tonic water to go with their selection of gins, and their homemade lemonade is a refreshing summer staple. This year they’re also hoping to offer a cola of their own making, but at the time of my visit it was still under development… so fingers crossed!

They’ve tried to create something that didn’t exist in Luxembourg. They wanted to place focus on creating a craft beer hangout where you can’t find the ‘standard’ beers found in most other places. But they also wanted to ensure that it was welcoming to a broad swathe of the public, taking a step away from the slightly less refined ‘hipster’ aesthetic often associated with craft beer bars.

That said, they do have aspects of the hipster aesthetic in the bar. There’s a lot of wood, copper, and it’s all quite relaxed and welcoming. Alongside their extensive beer menu, they also offer a variety of snacks and finger foods, but no proper meals.

They were also quick to point out to me that, name aside, Craft Corner is not a pure ‘beer bar’, but also the only wine bar in the area — which means it’s well worth visiting even if beer (or gin paired with their own tonic, or soft drinks that aren’t mass produced..) is not your think.

They receive a broad range of people through their doors, most of them expats. One thing they’ve noted is that quite a few people come in and ask for bigger brand beers that they’re used to finding elsewhere, which can sometimes lead to disappointment… but that’s fine. Their aim is to introduce people to something they’re not quite used to seeing here, and new beers that stand out against the crowd.