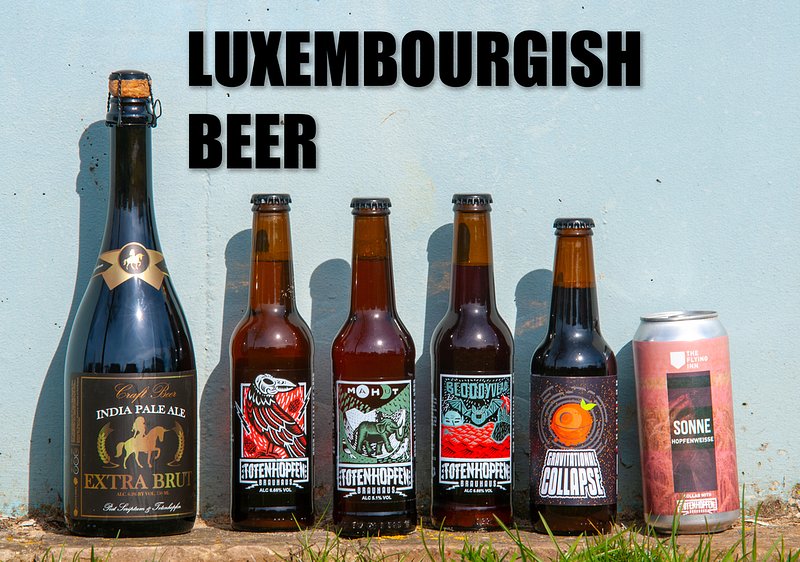 Luxembourg's native beer offering has been improving at an almost ridiculous pace, so we decided to head out and see what's on offer, and who's making it.

It's not every day you might envy a freelance journalist, but today you might. I've been given the assignment (by myself, admittedly) of heading out to Luxembourg's many breweries to see who they are, what they are making, and what we can expect in the future. A bit of a more in-depth follow-up to our Luxembourgish Beer Knowledge Bite, if you will. First up: Totenhopfen, run by Patricia and Sergio.

Patricia is Brazilian-Italian, and her co-founder and partner Sergio is from Madeira. They met in Austria, where they lived for over ten years. So how did they end up in Luxembourg? Well, they were looking for a new challenge, and the fact that they ended up in Luxembourg specifically was entirely by accident, really, though to Patricia it immediately felt like home. That's certainly something I can relate to. Her background is in online marketing, working for instance with banks to make their online services better – in fact she still does some remote work in this area today. They got started in the Luxembourg brewing scene thanks to Mark from Grand Brewing, Luis from Nowhere Brewing, and the Luxembourg Homebrew Beer Club, all of whom she says have been pushing hard to create a real craft brewing scene in Luxembourg.

They started officially, or rather commercially, about a year and a half ago – in November 2017. They had been homebrewers for several years though, and like quite a few other skilful homebrewers they decided to try to go commercial. Patricia said that, for them, moving to Luxembourg and being in a new country where everything was different was a big motivating factor.

She was also quick to note that opening a brewery is not easy anywhere, and there’s a lot more to it than just making a good beer – you have to have the brand behind it, a strategy as to where you want to go, you have to be decent at sales, and of course you have a lot of costs. While a lot of people think it would be a fun thing to do, eventually “reality hits.” 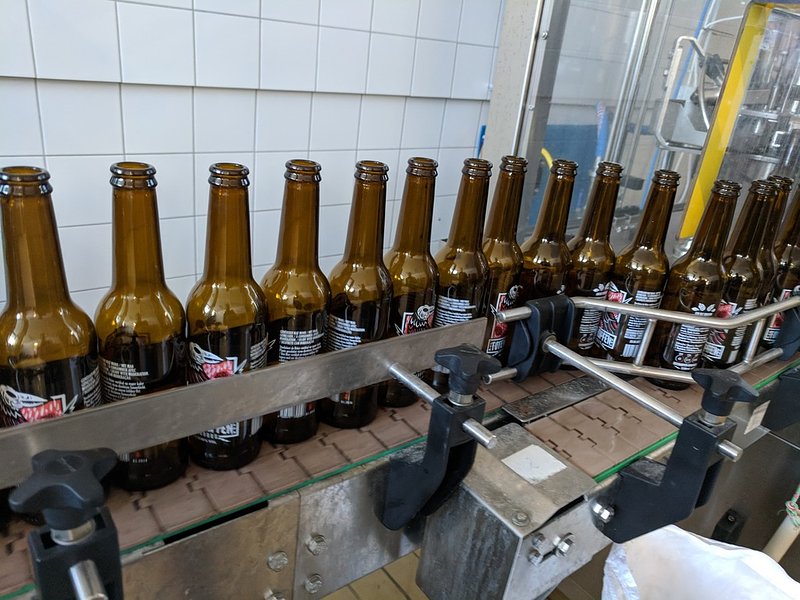 At the moment they are so-called “gypsy brewers,” which means that they develop their own recipes and then work with established breweries who have spare capacity that they can take advantage of. They started out brewing in the Netherlands, but since have done several collaborations, such as a sour beer in collaboration with Horizont in Budapest.

As Patricia explained, “we got to know how they work, we see how they follow the processes – fermentation, the whole thing – and we really got along, and we got to know that they actually brew for others. So we said, OK, we trust them.” She explained that trust is really important when you’re a gypsy brewer, because you can’t always be there – so you have to know that you can trust them to follow your recipe (both ingredients and timing, fermentation) exactly.

They also have a collaboration with a Portuguese brewery called Barona, with whom they brewed the award-winning Gravitational Collapse – a dry-hopped pseudo American stout with notes of coffee, chocolate, cookie dough, and some light citric mandarin notes. It won ‘Best of Luxembourg (2018), an award given by Ratebeer, and a silver medal in the 2019 Ibeerian Awards! Now most of their core beers are brewed at Horizont.

Their long-term goal is to have a brewpub, not just a brewery. Ideally, they would like to be in the city, but of course cost is a concern. She – much like yours truly – is of the opinion that Luxembourg needs more independent, high-quality ‘local’ pubs.

Recently Totenhopfen also joined forces with Artisan’Ale Bottle Shop in order to extend their offering with 100% Craft Beer on tap. As of now 4 taps are available, which will shortly be extended to 9 taps featuring local and international craft beers. Furthermore, they will be offering brewing courses for private and corporate interested parties (e.g. team building) as well as tasting events.

Best new beer in the world - and other awards

Ratebeer is a leading online community where you can rate and find new beers, breweries, pubs and so forth. They give out awards annually based on what consumers write, rate, and like. This year, 2019, Totenhopfen won:

Not a bad haul for such a young upstart brewery! Patricia said that it came as rather a surprise: “We were in Scotland, on a trip, and then it started. we got e-mails that just said “Congratulations!” – and we were like, what do you mean?” They hadn’t a clue they had won a bunch of prizes until people explained why they were congratulating them.

Of course, this also led to an uptake in interest in their beers — and it rather raised their profile.

Vulture
A very easy drinking dry stout with a light bitterness and a dry hint at the end. This craft beer has a creamy head, a dark brown color and only 4.7% ABV. With a light mouthfeel and a hop presence, it’s a beer to enjoy anytime. ABV 4.7% | IBU 39

Humming Sour
A sour ale brewed with pineapple. It’s fruity yet not sweet, tart with a hint of mint. Not too bitter, not too sour, this 4.0% ABV fruity sour ale is simply great for summer and hot days! ABV 4.0% | IBU 10

Serving Tips: • Add some fresh mint to the glass • You can also make Hugo with it and it is super refreshing (add half a bottle of sour to a nice glass, ice, slices of lemon, a bit of elderflower syrup and a drop of sect et voila)

Lux Ale Original
Their own interpretation of a Special Bitter with citrusy aroma and resinous, grassy notes. It has a medium body, a stable foam and light fruity hop notes. It pleasantly tingles on the tongue with a round sweetish malty taste that finishes in a dry bitter hoppy mouthfeel. ABV 6.66% | IBU 44

Six Hands & The Lying Dog
Their interpretation of an English Style IPA. This beer is crisp, with a medium body and a bitter finish. The hops give a floral, earthy aroma with overtones of citrus. ABV: 6.8% | IBU 40

Gravitational Collapse
A Dry-Hopped American Stout brewed in collaboration with Barona Brewing, from Portugal. Black colour and beige head that collapses in aroma and flavours of coffee, biscuit, dark chocolate and light citrus, reminding mandarin. With its medium gravitational mass and bitter finish, this black hole draws you into the next sip. ABV 5.8% | IBU 43

Merakolo Merakolo
The result of their collaboration with Reketye Brewing from Hungary. It’s a hop lager brewed with Mosaic and Vic Secret. Fruity, very drinkable and has 5% ABV. Only available on Tap! ABV 5% | IBU 35

Sonne
Totenhopfen flew all the way to Navarra, in Spain, to brew a Hoppy Weissbock with The Flying Inn. The aroma brings to mind banana and white flowers, with some stone fruit and spice. It has a great balance between hops and Hefe yeast. This full-bodied craft beer is easy drinking and goes smoothly down the throat with a little hop bitterness remaining. 8% ABV is not to feel. To enjoy with moderation! ABV: 8% | IBU 40

Extra Brut IPA
Post Scriptum and Totenhopfen got together to brew a 6.2%ABV Extra Brut IPA. It’s a moderate bitter beer with a great aroma from the Godiva & Perle Hops and Champagne Yeast. ABV 6.2% | IBU 21

Beschbeier
A Craftbeer brewed with Pine Needles harvested by Privatbësch and in collab with Bare Brewing. A 100% Luxembourg collaboration.

...And where to buy them (Luxembourg and Grand Region)