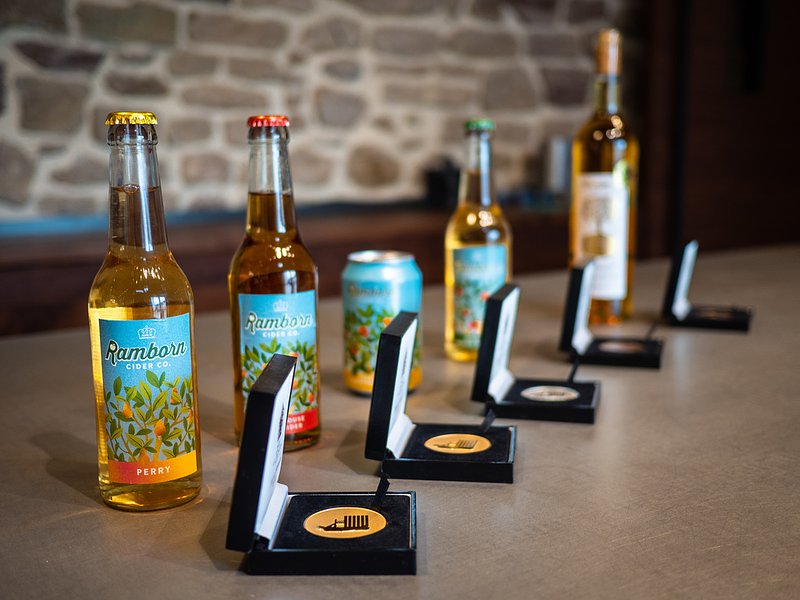 The Luxembourg-based company won no less than 5 medals at the International Brewing and Cider Awards 2019, including a gold medal for their perry and farmhouse dry cider.

This international competition was founded in 1888, and brings together more than 200 breweries and cider mills from around the world. It's judged by an international panel of 50 judges, and over 1000 beers and ciders from 50 countries were in the running.

Building on their success at Cider World in Frankfurt, where they took home a gold medal for their cider aged in bourbon barrels, as well as numerous awards at competitions in Germany, Spain, Australia, and the Netherlands, Ramborn went into this competition with high hopes - but they hadn't quite expected to walk away with five awards.

The awards they took home this time around include:

Ramborn's success in international competitions has allowed them to enter highly competitive international markets, and their cider can now be found in a number of restaurants around the world.

Guided tours are available at their farm (details on their website, link below) in Born. They will also be hosting an event for World Cider Day on 2 June, between 11am and 6pm.