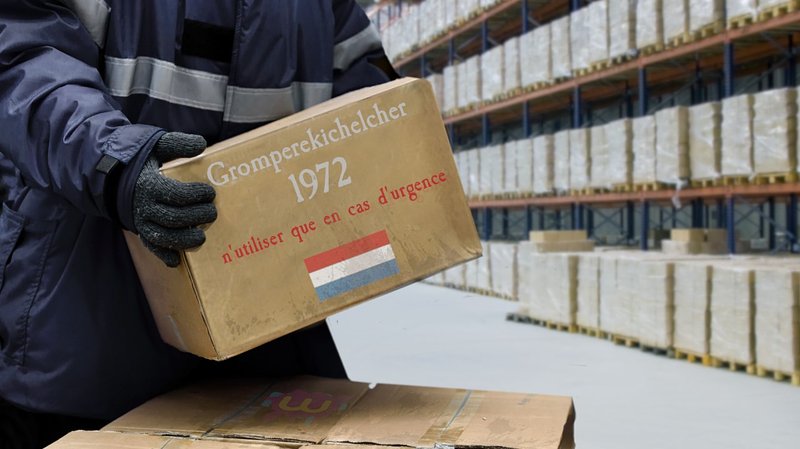 Describing it as “sad but necessary” and “reminiscent of the time the country ran out of bottled water and was forced to drink water from the sink for two weeks,” officials have announced that this winter, the country will need to tap into the national reserve of Gromperekichelcher to use as fuel.

The decision was made as gas suppliers have warned of a sharp increase in prices.

“We’ve been storing uncooked Gromperekichelcher since ‘46, the idea being that we’d have enough in case of an emergency to serve at the nation’s fairs, Christmas markets, and other gatherings,” said Astrid Keiffer, head of the Office of Precious Resources. “But we never thought it could come to this.”

The frozen potato cakes are kept in a secure facility near Mersch, where they make up a large portion of the country’s essential reserves. While officials won’t divulge exactly how many there are – calling it a matter of national security – a former Brinks guard who worked the night shift at the facility for six months claims there are 48,594,947 of them.

“Minus about a hundred that I ate when I forgot to bring my dinner,” he said. “They don’t taste the same when you eat them frozen, but if you sit on them for 10 minutes, they soften up.”

“To generate heat, residents and businesses can burn the Gromperekichelcher in little stoves branded as Letzheat, which are for sale on the Letzshop website,” she said.

Experts say that due to their age, compactness, and the fact that for several decades in the last century it was fashionable to replace flour in the recipe with woodchips, a single Gromperekichelchen may provide five to six hours of heat.

“As an added bonus, while you are using your Gromperekichelcher stove this winter, if you get the urge for a snack, you can simply pull out a single cake before it’s totally carbonized and nibble on it,” Keiffer said.