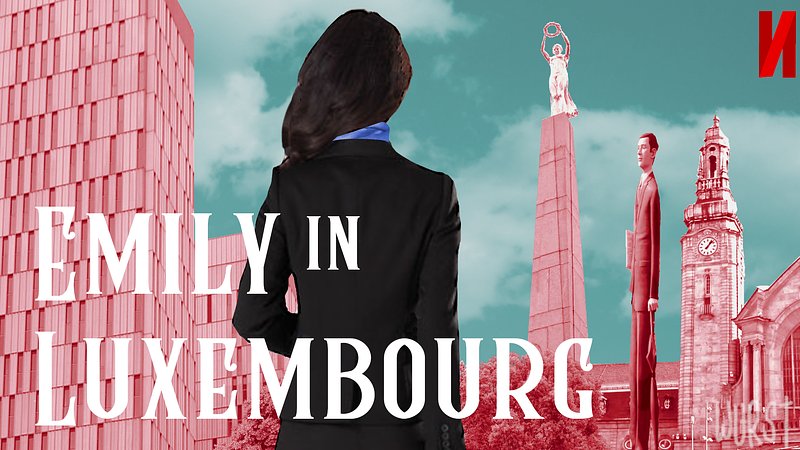 Following the success of the first two seasons of “Emily in Paris,” Netflix has announced the third season will be rebranded and take place in Luxembourg.

“Emily in Luxembourg” will follow the titular character after she tries to visit the Jardin du Luxembourg in Paris and mistakenly ends up on a train to the Grand Duchy of Luxembourg.

Instead of going back to her glamorous life in the capital of France, she decides to stay in Luxembourg and soon finds a job working in the marketing department of a Big Four firm.

Her first days in the country are difficult because she keeps asking for directions to the bustling city center, and everyone keeps telling her she is standing in it.

Nevertheless, she is excited to be living in a strange foreign country, but she soon learns that her new life is not so exotic or challenging because everyone speaks English, the buses are clean and on time, and her internet is fast.

Just when it seems life cannot be more predictable and boring, Emily falls for a colleague of hers, a funny accountant named Luc who comes from a tiny village near Arlon and is really good at doing animal impressions.

However, when she learns that instead of drinking normal wine he drinks some weird local concoction called maitrank that is made from flowers, she breaks up with him.

Heartbroken, she goes alone to a vegan cafe in the city center where she meets a Luxembourgish civil servant named Daniel from the north of the country, and they fall into a whirlwind relationship.

However, when she learns that he goes cycling nearly every day, wears lycra shorts to bed, and that until last year he had a mullet, she breaks up with him.

Frustrated with her love life, she goes to a speed-dating event and meets a guy from Longwy named Antoine. They have a relationship. However, when she learns that he expects her to visit him in Longwy (“Just once, please, cherie.”), she dumps him.

Despondent and lonely, she knocks on the door of her charming neighbor Santiago, an IT specialist who once helped her to log in to MyGuichet.lu. They begin to date.

However, when he invites her to spend the whole summer in Portugal with his parents, three sisters, and his cousin Pedro who runs a garage in Esch, she decides she cannot handle the commitment and leaves him.

Eventually she ends up working late almost every night and spends most of her non-working hours FaceTiming her friends in the US, battling the Saturday crowds at Auchan, and asking for advice on expat forums.

“‘Season Three’ is a departure from the romance and fantasy of living in Paris, but it shows that Luxembourg comes in a close second and has charms of its own,” says the show’s creator. “Well-marked cycling paths. A nice lake. And a brand-new and dare I say chic commercial center just to the south of the capital.”