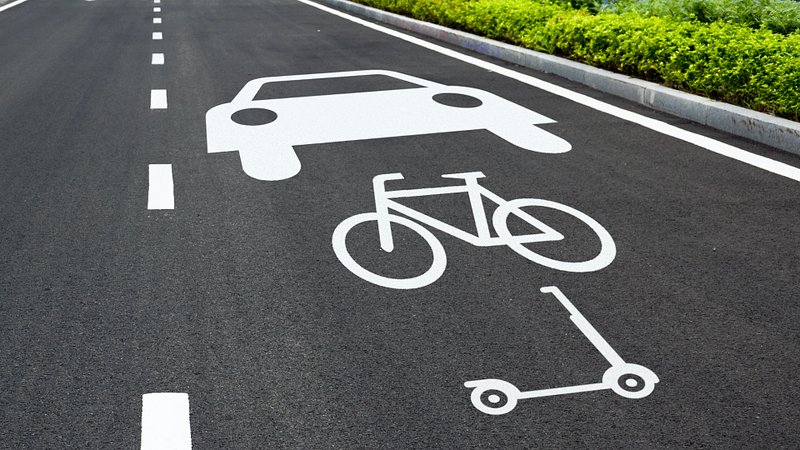 Now that traffic congestion in the city has returned to its normal high levels and everyone is complaining about everyone else, VDL officials have unveiled a solution: new 3-in-1 lanes.

Teams of civil engineers spent months trying to find a way to make more traversable space, he says. Their ideas included constructing a network of overhead bike paths, adding new car lanes, and building special tunnels far under the surface for electric scooters because their riders pose a risk to society and should be kept far away from others.

“Then Luca, one of my assistants, was like, why do we need all these separate paths anyway?” Closter said. “Don’t people know how to share?”

Because the plan requires no construction, it will be easy to implement, calling for nothing more than a few thousand liters of paint.

“Each existing car lane will now have a bicycle lane in the middle, and each of those bicycle lanes will contain an electric scooter lane,” Closter said. “Very simple, but we’ll still need to have some kind of massive public-awareness campaign for the electric scooter people to teach the concept of staying between the lines.”

The plan has sparked other ideas for how to make better use of public thoroughfares.