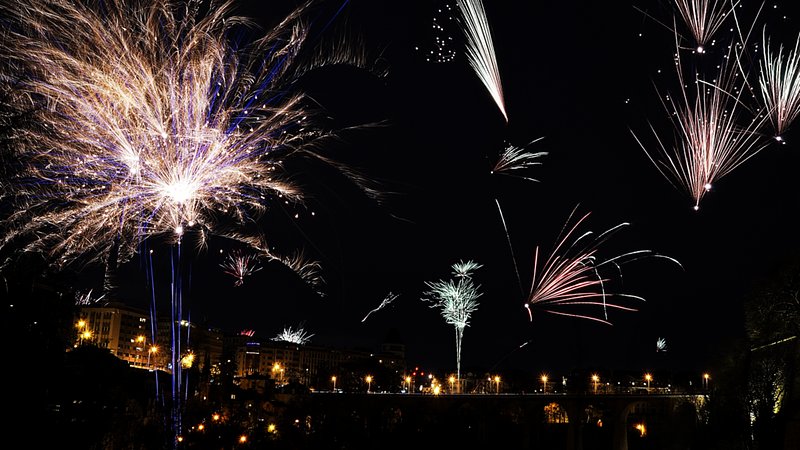 Luxembourg’s National Day is celebrated every year on 23 June. Impress your friends by sharing these fun facts.

Although 23 June has never been the birthday of any ruler of Luxembourg, it was the date selected in 1961 to be the official royal birthday, meaning that all future grand dukes and grand duchesses are now required by law to be born on that date.

For decades, many expats were unaware the holiday even existed, because when they read or heard mention of it — Groussherzogsgebuertsdag, or Groussherzoginsgebuertsdag when a grand duchess sits on the throne — they assumed it was an obscenely long typo, or that the person talking was merely clearing her throat.

All across the country you will find Luxembourgers and long-time residents alike enthusiastically waving the national flag. They do this not only out of national pride and love for their adoptive country, but also to remind themselves what the flag actually looks like.

In the capital, the festivities start at 4 p.m. the day before at the Grand Ducal palace with the changing of the guard — a memorable event, especially for the guard who’s stood in front of the palace for an entire year.

The evening fun kicks off with a torchlight procession in the city center, which serves not only as a nod to history, but also as a reminder that going by foot is once again the only rational way to get through the heavily congested area.

Just after sunset, a beautiful fireworks display takes place over the Pont Adolphe bridge, but the best viewing points can be extremely crowded. Get a good spot by arriving a few years early and buying an apartment with a view overlooking the Petrusse.

At night, partiers fill Luxembourg City’s center, with everyone being so packed that for this night only it is permissible and even encouraged to talk to strangers.

The decision to throw a big party the night before National Day was not to give revellers a day to sleep off their hangovers, as many have supposed, but rather in recognition that many will drink the whole night through and will be sufficiently drunk to wildly cheer for the parade early the next morning.